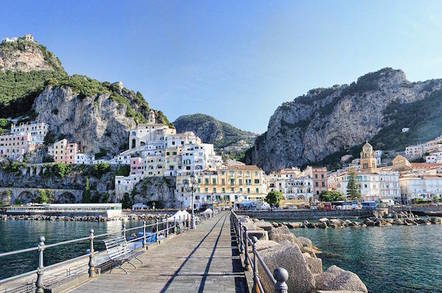 Apple will fork out $350m (318 million euros) to make up for five years of missing tax payments in Italy.

It emerged today the iPhone goliath has agreed to cough up the cash, which covers corporation tax owed from 2008 to 2013.

California-based Apple had funneled profits from its Italian operation through its offices in Ireland, a country that has a low corp tax rate. That financial chicanery cheesed off Italian prosecutors, who are probing three Apple employees – one in Ireland and two in Italy – for alleged tax evasion.

That nine-figure sum appears to be more of a settlement than a full payment: Italian media claims Apple really ought to be paying back more dosh for those five years than it has agreed to.

The tech giant banked a $53.3bn profit worldwide in its 2015 financial year from sales of $233bn. Given that therefore Apple banks $1,690 a second in net income, today's check to the Italians will set the company back just under 57 hours of global annual profit.