Microsoft in 2015: Mobile disasters, Windows 10 and heads in the clouds

Just as well Azure and Office 365 are growing 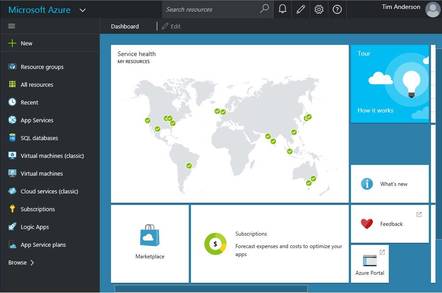 The Azure Portal: Microsoft is betting on cloud for its future business

The last twelve months have been pivotal for Microsoft, the company which once promised to put a PC on every desk but now settles for a vague mission statement about “achieve more”.

The new mission statement was announced by CEO Satya Nadella in June, replacing Ballmer’s 2013 commitment to “a family of devices and services". It is significant that Nadella dropped the reference to devices. Microsoft still talks incessantly about “cloud and mobile”, but mobile now means iOS and Android as well as what is left of Windows Phone.

Windows Phone? This was the year that the dream ended, despite the high quality of Microsoft’s mobile operating system. In April 2014 the company completed its acquisition of Nokia's mobile phone division and related services, and with Windows 10 on the horizon the stage was set for another major push at making a success of Windows Phone.

At the Build developer conference in April the company announced not only details of its Universal Windows Platform (UWP), which enables the same Windows 10 code to run on phone and desktop, but also tools for porting iOS apps and an Android runtime.

Just a few months later it was over. Nadella announced a change in leadership teams and the departure of ex-Nokia CEO Stephen Elop in June, then in July came a $7.6bn writedown in the value of the Nokia mobile phone division and related services acquisition along with around 7,800 job losses “primarily in the phone business.”

This was more than just another failed acquisition, joining other disasters such as aQuantive in 2007 (digital marketing, $6.2bn value written down in 2012), or Danger in 2008, which led to the Kin phone debacle.

Microsoft’s decision to cut back Windows Phone was done in the knowledge that mobile devices and apps are the driving force in personal computing today. The company is betting that it can succeed in cloud and services, with an increasing number of its applications (such as Office) running on Apple or Google OSs.

Microsoft is still making Lumia phones, though with a cut-down range and marketing that promotes phones running Windows 10 Mobile as productivity devices that work like a PC when connected to a large display, rather than as mainstream smartphones. 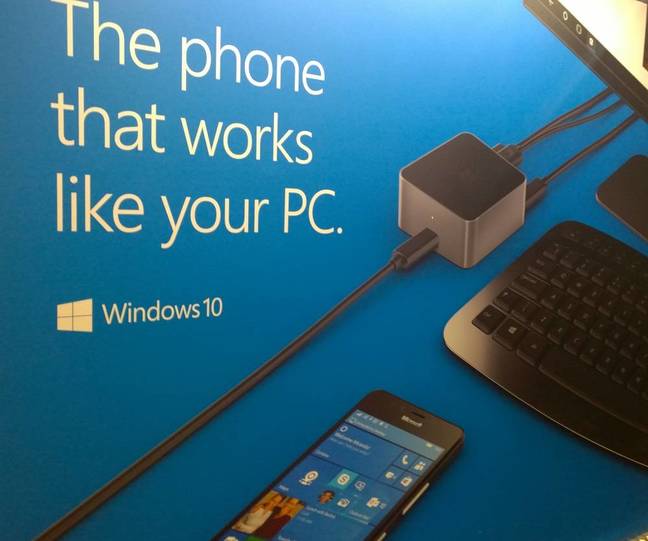 Microsoft's new phone strategy, because everyone wants a phone that works like a PC

This year was also the year of Windows 10, which was delivered with remarkable speed, just six months after its first detailed announcement in January. The pace of its production was indicative of Microsoft’s determination to escape the unpopular Windows 8 and to put some momentum back into the PC market. According to IDC that effort is not yet successful, with PC sales expected “to fall 10 per cent in the fourth quarter of 2015”, despite a generally favourable reaction to Microsoft’s new Windows.

Windows 10 is not just an upgrade, it is a new direction for Microsoft’s operating system. Key differences are that upgrades are free from Windows 7 or 8, at least for the first year, and that Windows is being delivered “as a service”, which means both security and feature upgrades delivered incrementally and indefinitely.

Another aspect is that a version of Windows 10 works on multiple device types, including PCs and tablets, phones, Xbox One, and small computers like Raspberry Pi.

The problem with Windows 10 and the UWP app strategy is that most mobile devices run iOS or Android, especially now that Microsoft itself has pulled back on Windows Phone.