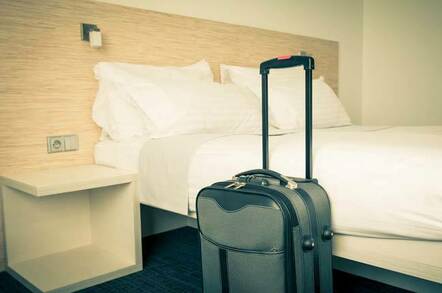 The hotelier says “As soon as we discovered the activity, we launched an investigation and engaged leading third-party cyber security experts.”

The chain's asking customers to keep an eye on their credit card bills, on the off-chance that the folks responsible for the malware injection have gone on a room-booking spree.

And that's about all the chain is saying, but it has erected a site called ”Protecting our customers” on which it pledges to keep customers updated on the situation.

All of which provides cover for those among you who may have checked into a hotel for reasons you'd rather not explain to loved ones. Which, in a post-Ashley-Madison world might be rather less often than in the past. Or rather more. We just wouldn't know. ®