It has to be accepted but fears can be mitigated 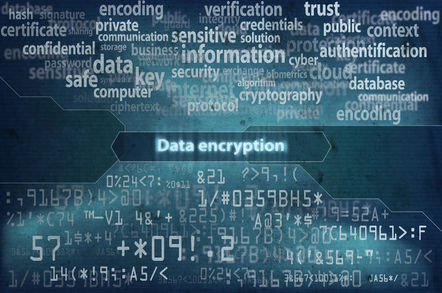 The rolling debate over encryption has been joined by BlackBerry's CEO and a range of former national security officials.

Following a recent political pushback, and a Republican debate that appeared to again ask for backdoors to be introduced into encryption products, the experts have stepped in to argue for a more realistic assessment.

As BlackBerry's CEO, John Chen knows precisely how important security and hence encryption is to modern communications. Having long since lost its lead in the smartphone market, the company still makes a good living thanks to the fact that its technology is more secure than competitors.

As a result, the company's phones are still the default for many governments and organizations for whom data security is critical – such as banks, law firms, and hospitals.

However, in a blog post this week, Chen criticized the position taken by Apple CEO Tim Cook, who he said has displayed "disdain" when the tech industry was asked by law enforcement to help provide access to certain accounts.

Said Chen: "One of the world's most powerful tech companies recently refused a lawful access request in an investigation of a known drug dealer because doing so would 'substantially tarnish the brand' of the company. We are indeed in a dark place when companies put their reputations above the greater good."

Instead, Chen argues that a "proper balance can be struck," and while he notes that BlackBerry has refused to put backdoors in its systems, has quit countries such as Pakistan that have insisted it do so, and writes that "we have never allowed government access to our servers and never will," he states that BlackBerry "rejects the notion that tech companies should refuse reasonable, lawful access requests."

Unfortunately, Chen's solution does not appear to be much of a solution at all. He praises the messaging app Telegram for culling public channels that it discovered were being used to spread propaganda stemming from the Islamic State.

However, both Telegram and BlackBerry allow private channels and protect them from intrusion. As does Apple. As does WhatsApp, which this week was temporarily suspended in Brazil as a result of refusing to hand over data on a suspected drug trafficker.

While the public/private split may make sense to Chen, the fact is that one of the most recent cases that has sparked discussion – the San Bernardino mass shooting – saw the shooters sharing information through private messages on Twitter and Facebook.

Chen appears to be arguing the same case as Tim Cook, but saying that he should just be more polite about it.

Encryption is here to stay

One area where Chen and the former security officials are in fierce agreement is on the topic of encryption itself.

Some politicians, and even the head of the FBI, James Comey, have called for encryption to be limited or prevented. Comey hates the term "backdoor" because of its negative implications. But whatever name you give to it, the insertion of a way to bypass encrypted data is the same thing.

Chen says that BlackBerry "rejects any notion of banning or disabling encryption" and notes that the wave of recent high-profile hacks shows that "we need more, not fewer, security controls for our sensitive information."

The same point was made by former NSA head Mike McConnell in an interview with The Washington Post.

"Chinese economic espionage is so severe that stopping that is more important than being able to read the communications of a criminal," he argued. McConnell went through the exact same debate as people are having now with backdoors – the security services want it and others are worried about the impact. He accepts that the debate was lost but regardless, "from that time until now, NSA has had better sigint than any time in history."

He makes the point that so many technologists have: "Technology will advance, and you can't stop it. Learn how to deal with it."

That view is also shared by former Homeland Security secretary Michael Chertoff. Chertoff says that efforts to "undermine or create exceptions" in encryption are "misguided." The trend is in end-to-end encryption and that's just how it is, he notes, arguing that in free society the deal is that you accept a "less-than-perfect ability to detect people who do bad things."

Meanwhile, former CIA head Michael Hayden also thinks that forcing US tech firms to unlock customer data is a mistake, since it will "drive the market away from them" and simply result in unbreakable encryption made by companies outside the US.

And just to add to the crowd, former NSA inspector general Joel Brenner told the Post what many security experts have been saying for months: if you create a backdoor "the likelihood that others will gain access is quite high."

Of course the big difference between being in government and having left government is that you no longer have the direct responsibility to keep people safe.

You could argue that with experience comes wisdom, but it is all too easy to forget the pressure that public officials feel to do something when the news arrives of yet another seemingly random public shooting carried out in the name of a twisted ideology.

And while Chen's argument that being polite is always better than aggressive refusal, at the same time he has not found himself subject to the kind of direct public criticism that Cook has been at the receiving end of. Being accused of assisting terrorists and criminals is not exactly the sort of language that encourages a polite response. ®