Review: Star Wars: The Force Awakens offers a new hope for the franchise 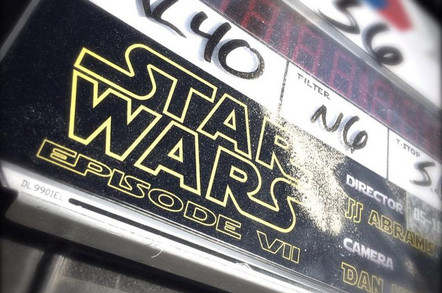 Spoilers The core problem with Star Wars Episodes I through III was that everybody knew how the trilogy ended and that bad things awaited the characters you were supposed to care about. The result was three films that were all back-filler to explain the genesis of a killer. Numerous satellite problems – Jar-Jar, dialog no actor could rescue, poor casting – made the films largely tedious.

Episode VII, The Force Awakens, is fortunate to have a glorious back story that offers infinite possibilities. As is known from pre-promotion, the writers chose to move the saga 30 years beyond the Battle of Endor and the destruction of the Death Star II.

Once the opening crawl creeps up the screen we learn that the return of the Jedi didn't go well and the Galaxy has not returned to Force-enforced balance. Things are now run by a weakened heir to the Empire that, as ever, is finding it hard to exert its authority against a band of rebels who fight from the moral high ground.

The Force is a diminished presence, with the forces of good unable to do much more than hopefully invoke its name. The remnant Empire is unable to harness the dark side effectively. Indeed, the film's principal villain gives in to anger all too readily. Immaturity and problems with father figures persist as a character driver.

The action takes place in very familiar surrounds with a very familiar cast of characters. You get cute droids, a louche cantina, scavengers on a desert planet, cruel-but-ineffectual imperial generals with clipped English accents, dogfights galore, blaster battles and a planet-killer that needs its shields taken down before it reaches the point at which it can fire on the rebel base.

There's also a light sabre duel to resolve the action.

The old gang distinguish themselves, none more so that Han Solo who glues together the original trilogy and the new film.

Some welcome updates come in a refreshed audio vocabulary that leaves TIE fighters sounding a little different and the Millennium Falcon growling a little more to reflect its age. Sets are more detailed and at times I was reminded of how 1979's Star Trek The Motion Picture added detail to elements that had only ever been sketched in the original series. A sequence where we see a TIE fighter launch rack offers some tantalising exposition for anyone who's ever wondered what goes on inside a Star Destroyer.

You cannae change the laws of physics ... oh, actually you can

Physics makes a bit of a comeback as blaster bolts now carry real weight, knocking stormtroopers off their feet. But reality disappears when convenient: the Millennium Falcon grinds along the ground without so much as a scratch and nobody is ever discomfited by G-forces. And don't get me started on relativity in the far-off-galaxy Star Wars inhabits or the terrible use of a few big words linked together to sketchily mansplain nonsense science.

The original trilogy set the pace for visual effects. Episode VII has obvious influences. I felt I'd seen shots and CGI characters before in Pixar movies, Peter Jackson's Lord of the Rings, Harry Potter (the new Emperor figure owes a lot to Voldemort) and director JJ Abrams' own Star Trek reboot.

The plot sags a little in the opening half-hour, then picks up as it starts to re-use elements of Episode IV and adopts the hyperkinetic hijinks that characterise contemporary action movies. I saw it in 3D and while it added depth to the many action sequences, I don't think it is compulsory. But then I say that of almost all 3D films.

There's nothing new about the plot, so don't expect to gasp at new directions for the franchise.

The film is satisfying as a standalone story but also does a grand job of setting up Episode VIII. The Force Awakens feels like a first act for the new trilogy. One character emerges as a new hope to carry the Force-led fight to the dark side. A very big MacGuffin is found. Plenty of plot lines from the original trilogy make nice advances. I found myself caring about what comes next, the fate of new characters and the emotional wellbeing of old stagers.

I also found myself satisfied that it is unmistakably a Star Wars film, a franchise-extender that ticks all the boxes.

I'd give it a 7/10. It's better than Episodes 1-III because it is more fun, inferior to Episodes IV and V because it is an unashamed homage. The absence of anything cute, other than droid BB-8, means it outranks Episode VI.

I want to see it again already: viewing it with this article in mind, at midnight*, and after a long day isn't the way to take in what is, as usual, a fun and simple story of good versus evil, innocence wrestling with power and lots of cool-looking battles. If you liked the original trilogy, you'll like Episode VII.

But because it's all just a bit too familiar, the film is hard to love. ®

* Advertised time: 00:03. Start time 00:33, thanks to 30 minutes of pre-show ads. Thanks for nothing, Event Cinemas, Burwood. And how can I get my hands on the souvenir cup I paid for in advance? You were out of them when I arrived, and I have no interest in queueing 30 minutes for popcorn.

Apple LIGHTSABERS to feature in The Force Awakens

Vid The Force Awakens parodies. Naturally, that is