At least on paper - and that's assuming it gets here 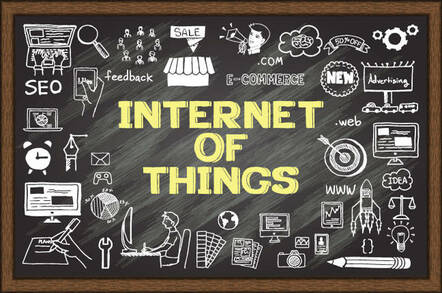 Apple and Samsung can start worrying now. Huawei has unveiled its IoT strategy and the extent of its ambitions. Amongst the highlights are a TV kit that provides latest-generation Apple TV functionality, with Siri-like voice navigation through content.

That will be available for around £30 (Y226), or one fifth of the price of Apple's offering. However, Huawei's version supports 4K video out, and a memory card slot, unlike Apple's, and is much smaller: - the "set top box" part is around the size of a wallplug.

The strategy is based on a stack of open source code and protocols, silicon and cloud support, and all that on its own might not sound much.

Yet in China, as CCS Insight's Ben Wood pointed out here recently, a working consumer IoT ecosystem can rapidly scale to hundreds of millions of real users, while the manufacturer refines it, and decides how to unleash it on mature Western markets.

And apparently that's exactly what Huawei plans to do.

Huawei teased the devices and strategy at an event to celebrate its Honor brand in Shenzhen on Saturday, and didn't even put out a press release. Which is very low key, even for Chinese understatement.

However it's worth taking seriously: partners include Chinese white goods giant Haier, which has revenue of over $30bn a year. That isn't so far behind Samsung Electronics (just under $50bn a year) in revenue. Huawei rival Broadlink, which competes in home/SME networking gear, promised to support the HiLink protocol. So things could get interesting.

George Zhou, president of Huawei's Honor brand, said he thought most consumer IoT solutions being promoted today were poor and impractical, and said Huawei needed to partner to establish standards. He took a pop at do-it-all consumer rival Xioami - without naming them - by promising "not to make an air purifier".

As you'd expect from Huawei, the IoT strategy is engineering-based, rather than marketing-based, taking standard products, stuffing an http server inside, and rebadging them.

You can get the SDK next year, it says here

The Huawei stack includes the tiny, 10kb microkernel that Huawei announced in May.

"LiteOS can be simultaneously activated (across all devices) in about 700ms, it consumes little power and only needs micro amperage," said Honor's George Zhou. Rival embedded systems take longer to wake up, which is useless for a CCTV monitoring example: "We cannot even capture the backside of the passer by".

There's also a protocol, with an SDK coming next year, called HiLink: described as a "unified language for the home appliance." You'll be able to work with an SDK later in 2016. Examples include smart configuration, so if you need to change the password on a "HiLink Inside" network, all the devices on the network will be updated. Network will devices will have "five layers of security", Zhou said, such as Account ID, "transmission on the access, and on the chipset." Which is much needed - although Huawei/Honor needs to make a commitment to keep them updated.

The HiLink-capable products unveiled include a fast new router, with "Nordic design", for around £30, and a powerline Ethernet setup for around £15, around the size of a travel AC adapter, or matchbox. But the most eye-catching was the China-only smart TV box, "Honor Box Voice" being the nearest we could get to a Western name. This promises better-than-Apple consumer features for the price of a Chromecast dongle.

It comprises two parts - a voice-capable remote controller, and a plug, that you wire to the TV via an HDMI port. Baidu provides the voice features allowing you to search through multiple TV services for the show you want to watch. Apple revealed something similar with its Siri-powered Apple TV, which now supports voice search across eight countries. The plug, unlike Apple's latest, supports 4K video out, has a microSD slot, and is also much smaller. The cost is around one fifth of Apple's.

It should be a warning shot to established rivals, including Apple, Samsung, Amazon and Google, that Chinese manufacturers will not only offer cost advantages but superior technology as well.

Huawei/Honor would give no timeframe on when the setup would reach the West - it needs both Western partners for the content, and for the voice recognition. The first generation "Honor Box Voice" may never reach here at all, if it practices its favoured strategy: trial one or two generations of a product in the vast domestic market before ramping up the marketing in the West. The phones and talkband followed this pattern. ®