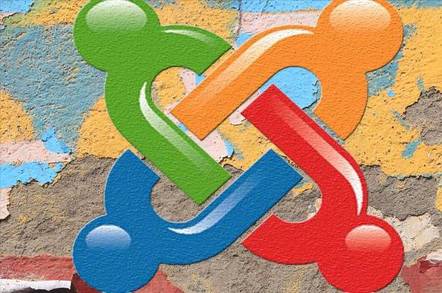 Joomla has slung a patch to crush a critical eight-year-old remote code execution vulnerability under active exploitation by attackers.

"This is a serious vulnerability that can be easily exploited and is already in the wild," Cid ahrfe .

"If you are using Joomla, you have to update it right now.

"The wave of attacks is even bigger, with basically every site and honeypot we have being attacked [which] means that probably every other Joomla site out there is being targeted as well."

The then zero day must have been a treat for attackers; Joomla is the web's most popular content management system having been downloaded more than 50 million times and used by the likes of eBay, the United Nations, Barnes and Noble, and Peugeot.

Joomla warns in an advisory that all versions above 1.5 are affected meaning web admins must upgrade to the patched version 3.4.6.

"Browser information is not filtered properly while saving the session values into the database which leads to a remote code execution vulnerability," it says.

He urges admins to check logs. And patch, ASAP. ®