Could NetApp buy SolidFire? It would be outside its comfort zone 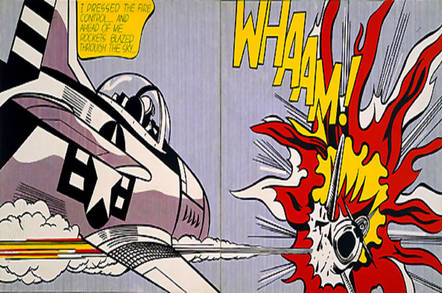 Is Kurian about to strike? Or hit the afterburners? Or swoop down? Or just glide?

Analysis So, let me just throw this thought out there – could NetApp buy SolidFire? And if it did, why? Why on earth would NetApp, after scarring and singeing its hands with FlashRay, want to stick its fingers right back in the flash fire?

Much safer, surely, to stay in its comfort zone with all-flash HAS and all-flash EF arrays. You can see the appeal in that, and NetApp is by no means in the serial acquisition business and tends to be ONTAP-centric to a fault.

Yet George Kurian was made CEO to fix a problem that Tom Georgens couldn't fix, namely that the company's revenues are declining, and pushing clustered ONTAP into its base was not fixing that problem.

Meanwhile, cloud-style service provision is growing inside enterprises and flash arrays are the primary data storage of the future.

NetApp can go so far retro-fitting flash array features to ONTAP, but continual nips and tucks in a constant attempt at software plastic surgery can only keep this ONTAP body looking young for so long before it starts looking ridiculous, like adding container support to a mainframe OS.

Dave Wright at SolidFire is a storage engineer's engineer, focusing on the cloud storage service niche, with noisy-neighbour-killing quality of service, multi-tenancy and great management features. It has its FlexPod-style reference architectures, witness Agile Infrastructures with Dell for VDI and OpenStack.

Culturally, SolidFire is a conservative and not a flashy, shiny object chaser, with a firm belief in the virtues of external shared storage arrays and the use of commodity components. It was early into 3D TLC NAND but is not early into NVMe fabrics, believing this is a corner case connect lacking mass enterprise market appeal.

We could see it fitting nicely inside NetApp, on this firm and focused technology view and culture basis. Indeed some NetApp refugees have found satisfying berths in Dave Wright's vessel.

SolidFire would give NetApp a proven flash array technology selling well into cloud service provision-style IT shops where ONTAP is not making such great progress. Of course, on this reckoning, other vendors would also be interested.

Cisco, Dell and EMC could be interested, but we El Regites would see George Kurian wanting to make his big gesture at NetApp. NetApp's need to rescue its flash reputation after the FlashRay fiasco and its need for a substantial revenue boost would motivate NetApp to outbid any interest from the somewhat distracted Dell and EMC, with a tentative Cisco still recovering from the Invicta debacle.

EMC anyway has XtremIO and DSSD, so its need for flash product hole-filling is not as great as NetApp's. IBM maybe, though its storage hardware business has been in decline for so many years, and is not being reversed in that trend by the Storwize and TMS purchases. We reckon IBM is more interested in software anyway.

HDS has a lot of potential with its own in-house flash hardware, from modules to systems, but could be interested nevertheless.

HP has its all-flash 3PAR and that's going along like a storm so we can't see much interest there from Meg. Which leaves Cisco and NetApp with, maybe, Dell and EMC looking for a potential but minor tuck-in acquisition.

How much is SolidFire worth?

We don't know. It could even be happening right now for all we know. If it does happen, if George Kurian strikes, then he and NetApp will have a solid flash property with great potential. ®