Microsoft offers Linux certification. Do not adjust your set. This is not an error

When 'they' say the cloud changes everything, 'they' might be right 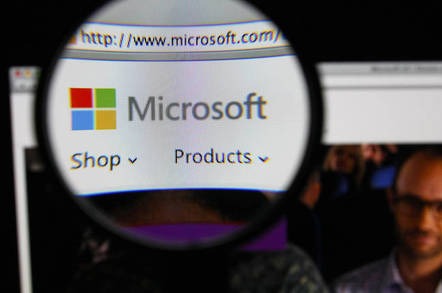 Microsoft's decided it needs to offer a Linux certification.

The new Microsoft Certified Solutions Associate (MCSA) Linux on Azure teaches you how to do Linux on Azure by making you do an Azure course and a Linux course.

Redmond's bit is the five-day Implementing Microsoft Azure Infrastructure Solutions course and accompanying US$150 exam. The Linux part is the Linux Foundation Certified System Administrator (LFCS) course, the online learningware and exam for which are now offered at $179 to celebrate the Microsoft tie-up.

There's no hint of integration between the two courses, but that's probably excusable as Azure treats VMs equally regardless of OS.

Why's Microsoft doing this? The company says “approximately one in four virtual machines on Azure are Linux, and more than half of Azure Marketplace images are based on Linux”. In other words, Redmond thinks it has enough Linux users to make this a goer.

There's also the usual yadda-yadda about certifications being the best possible way to keep oneself up to speed with current technologies.

Another Microsoft staple is the insistence the company is being committed to open source, as if more were needed since the news that Redmond runs Azure's software-defined networking on its own cut of Linux.

Yet news that Redmond is now backing a certification that includes Linux is still remarkable, given Microsoft's ancient mantra that Linux “is a cancer that attaches itself in an intellectual property sense to everything it touches”.

That quote came from former CEO Steve Ballmer, who is of course now pursuing other interests and continues to criticise Microsoft's cloud strategy even though he burned billions of dollars in his time at the top.

Satya Nadella, Ballmer's successor, is rather keener on Linux, the cloud, and cricket. And is turning Azure into a formidable service one certification at a time. ®

'Cortana, I'd like a software defined network script'. Sure. First let me sort this 404

Chinese giants give world another SDN and NFV platform

'Open-O' is backed by Huawei, China Mobile, Ericsson and Intel, among others