GDS had all the power, none of the responsibility, says PAC 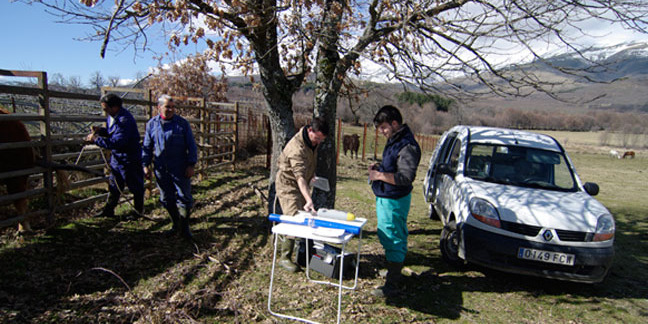 Senior UK government officials were hauled in front of MPs yesterday to defend their deeply "dysfunctional" and "childish" behaviour, which contributed to the botched £215m Common Agricultural Policy IT system, and up to £180m in EU fines.

Government Chief Technology Officer Liam Maxwell from the Government Digital Service, and the chief executive of the Rural Payments Agency Mark Grimshaw were quizzed by MPs as to why they were still in their posts following a scathing report by the National Audit Office.

Amayas Morse, auditor general at the NAO, said the Public Accounts Committee "very rarely indeed writes reports related to personal behaviour like this. It is a most unusual event to have such extensive comment on behaviour which was distressing to staff and visibly confrontational."

Meg Hillier, PAC chair said the officials' "frankly childish" behaviour had an impact on the implementation of the project.

"I want to give both of you the opportunity to defend this dysfunctional behaviour, then I want to hear from Claire Moriarty [Defra's permanent secretary] what has been done about it and why you are still in posts," she added.

Maxwell told the committee that he had been brought in eight weeks before the project was supposed to go live to address issues identified in the system.

"I don't really want to sound as if I'm being glib by saying I'm from the centre, and when someone from the centre turns up it is difficult ... with that little time to go on a programme which didn't have a walk-through product, clearly there were very clear conversations about what we needed to do to fix it," he said.

Grimshaw said: "One of the things that I regret about the development of the programme over time was my personal inability to be able to explain the requirements of the programme in terms of the key controls versus any of the ancillary activity, which is a frustration that I still bear."

However, David Mowat MP said the roots of the dysfunctional relationship were embedded in the GDS involvement from 2013 when the Cabinet Office insisted the programme was "reset" to align with its digital strategy.

The GDS introduced seven new criteria into the programme which added complexity and risk in a memorandum of understanding between former GDS head Mike Bracken and the Defra's (Department for Environment, Food and Rural Affairs) former chief operating officer Ian Trenholm.

He said it was a structure of "power without responsibility" with the Cabinet Office holding all the power over project spend, but none of the responsibility for delivery. "No wonder there were personality conflicts."

Maxwell agreed the structure had created a risk of power without accountability, adding that the department lacked the capability to deliver the project on its own and the Cabinet Office should have given it more support.

Mowat asked Grimshaw why a high risk programme was put on the bleeding edge of tech and whether he was happy with the Cabient Office's reset.

Former permanent secretary of Defra Bronwyn Hill assured the committee that nobody had received a bonus over the programme, and that their behaviours had been noted in the department's annual review. ®