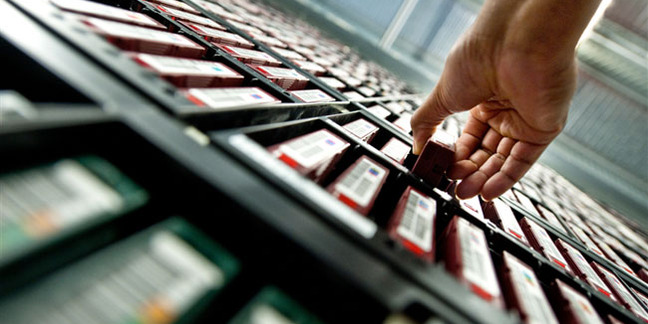 Comment The idea of a hybrid flash tape cartridge was floated by SpectraLogic CTO Matt Starr in a conversation yesterday.

He said LTFS was becoming more and more popular but LTFS information on a tape couldn’t be read until the LTO cartridge was in a drive.

This takes time as, in a tape library, the robot has to transfer the cartridge from its slot to a drive. Suppose there was a flash chip inside the cartridge. This could store LTFS information which could be read quickly and so speed access to the first file.

The flash would be a cache, as is the case with hybrid disk drives, and be used to store/cache tape content metadata.

The drive would need to feed power to the cartridge and also hook up a read line to it so that the chip could be read. You could imagine a small mini-USB type slot perhaps, feeding both power and the read access.

This could be part of a future LTO format specification, such as, for example, LTO8. We could even envisage Oracle and IBM putting it in their proprietary tape format roadmaps. 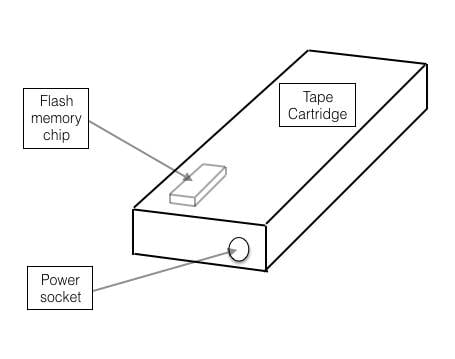 Tape system engineers will have to tell us how useful such an idea would be and whether the cost would be justified by its benefits.

A more fanciful El Reg extension of this is to have a tape robot hook up a mini-USB-type connection when it picks a hybrid flash/tape drive from a slot. Then the system could start reading the tape cartridge metadata while the cartridge is in flight between its slot and the drive. That might provide another few milliseconds in saved latency time. ®