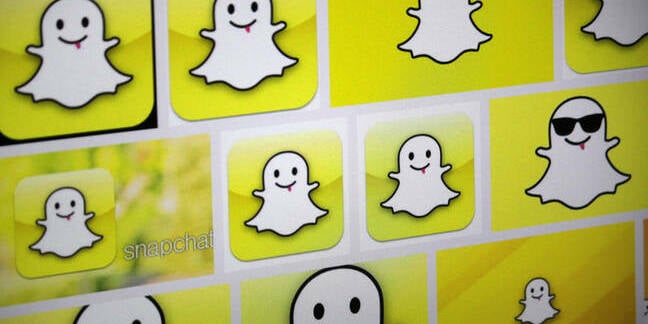 Google explains here that the 11-plus-hour outage has now been resolved, but the flow through to Snapchat (if that's what it is) is still ongoing.

The Chocolate Factory doesn't have a diagnosis of the issue yet, but from nearly midnight on December 7 US Pacific Time, App Engine applications trying to access Google APIs were getting invalid credential messages.

At 3:20am PT, Google reckoned it had resolved the issue for most users, but it wasn't until 1:29pm that the problem cleared entirely. Mountain View is promising a full investigation.

Snapchat didn't tie its problems specifically to Google, so that remains speculative. However, much of Snapchat's issues relate to users being unable to log into the service, which could hint at an authentication collapse.

Hi! Some Snapchatters are currently experiencing loading issues. Our team is aware of the problem and working on a fix now!

The company went through hours of asking users to reset their passwords and log in again. At the time of writing, @Snapchatsupport is currently asking users to log out, delete the app, restart their devices, and reinstall. Vulture South had to capture this image from a custom Twitter client, because the Tweet isn't showing on @Snapchatsupport's Twitter Web page.

Some reports say that re-installation isn't helping, because users can't do that either. ®