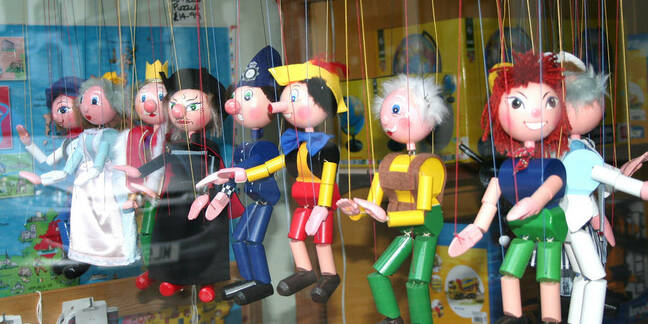 Puppet Enterprise 2015.3 introduces Application Orchestration, and tighter integration with Azure, which the firm said will help drive a shift away from “Artisanal” operations.

The automation vendor said Puppet Enterprise “already works great on Azure”, but that’ its new Azure module would allow the provision and managing of Azure infrastructure with Puppet. Which makes it even greaterer, presumably.

Users will be able to model Azure Virtual Machines in Puppet code, and push those models into version control, with Puppet Enterprise managing the matching of the model in code and model in production. Amongst other things, this should make it easier to manage applications spanning on-premise to the public cloud.

Yesterday’s release also saw the general availability of Puppet Application Orchestration, which Puppet promises will make deploying and managing applications which span services, servers and devices. Users, again, model the app, services and infrastructure, while the orchestrator, “ensures that the right things happen in the right order on the right machines as the application is deployed, updated or destroyed”. See, easy as that.

Just a couple of months ago, founder and CEO Luke Kanies told our pals at nextplatform.com that (the then upcoming) Enterprise 2015.3 was “the most significant and ambitious addition to Puppet Enterprise since it was introduced.”

This is as much about the customers Puppet is targeting with the introduction of Application Orchestration - jumping up the application stack will make it more attractive to those typically large firms with 100s, even thousands of applications which they can’t just junk and which have to managed across increasingly complex architectures.

Kanies also told The Next Platform that this version of Application Orchestration will not be open sourced, but a future simplified version will be. ®

Make your switches part of DevOps

Devs are looking at Windows again, so Puppet thrusts up its hand to help

Will boost head count, keep ear to the ground on acquisitions...

EMC dangles Puppet out of its Enterprise Hybrid Cloud

Automation lab gets to probe globe

Puppet snags COO, ties up partners, and renames itself

Pledges to bring edgy tech to the mainstream