Brocade and QLogic team up for a proof of concept demo 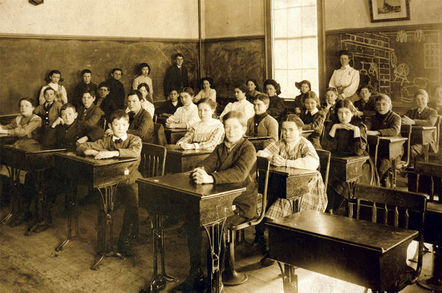 FC-NVMe has been demoed over Fibre Channel by Brocade and QLogic, with the system effectively the PCIe bus protocol in standard form used for solid state memory, Non-Volatile Memory Express, and deployed as a network fabric external to a server's PCIe bus over Fibre Channel.

The idea seems to be that servers can enjoy access to external Fibre Channel-connected storage arrays, fitted with SSDs, at PCIe bus speeds.

What we have here is essentially a QLogic and Brocade FC-NVMe proof of concept, "aimed at providing a foundation for lower latency and increased performance [and] improved fabric integration for flash-based storage".

What is not understood is how NVMe-class latency and speed can operate through a current 16Gbit/s Fibre Channel link, or, indeed, a coming 32Gbit/s one, which, although twice as fast as the 16Gbit/s link, is still slower than the PCIe bus.

A Brocade spokesperson said: “The demonstration shows the ability for native FC-NVMe and NVMe over FCP traffic to run simultaneously over existing Fibre Channel infrastructure. While this is a proof of concept, performance is similar to current Fibre Channel today, we are driving to reduce transport latency by 30-40 per cent.”

The NVMeF over FC demo can be seen at the Brocade booth #546 at the Gartner Data Center, Infrastructure and Operations Management Conference, Las Vegas. ®