Android's the winner, forever, best Microsoft can get is 0.1 per cent extra market share in 2019 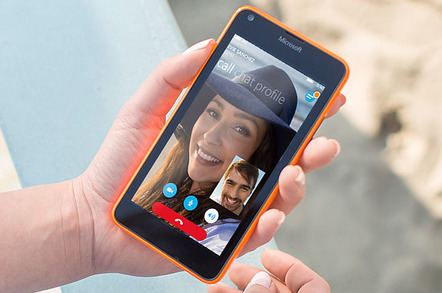 The company's latest Worldwide Quarterly Mobile Phone tracker says Microsoft's mobile OS will grab 2.2 per cent market share in 2015 and by 2019 will have added a non-colossal 0.1 per cent more to claim 2.3 per cent of the mobile market.

“Despite all the effort Microsoft has put into the launch of Windows 10, IDC does not expect Microsoft's share of the smartphone OS market to grow much over the coming years,” the firm says. Even just-about-giving Windows phones away won't help: the firm says that in 2015 it expects “the average selling price (ASP) of Windows Phones to be US$148, which is $71 lower than Android's ASP of $219. This was brought about by the Microsoft/Nokia push into the low-end mass market.”

But that strategy didn't work and the fact that few mobe-makers are now bothering to produce Windows Phones means the firm thinks Microsoft's in trouble.

An aside: El Reg recently chatted with a Microsoftie who's been able to try the Project Continuum “use-your-Windows-Phone-as-a-PC” software, and declared it a generation shy of maturity and pleasant usability.

Android, by contrast, is expected to claim 82.6 per cent by 2019 while Apple's iOS will own 14.1 per cent of the market. That's a 1.7 per cent dip for Apple, in case you wondered. Android will do okay because Chinese firms such as Xiaomi are backing it, and Apple can count on customer loyalty to drive upgrades.