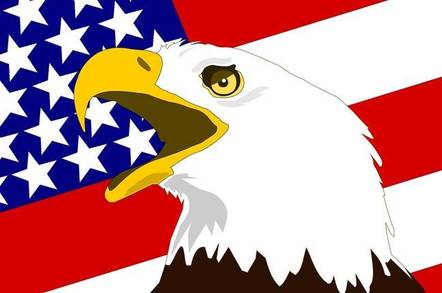 United States President Barack Obama has given just his third Address to the Nation from behind his desk at the Oval Office, to deliver a speech in which he all-but-called-on the technology industry to allow access to encrypted communications.

The main purpose of the speech was to offer a response to last week's killings in San Bernadino. Obama said investigations have found “no evidence that the killers were directed by a terrorist organization overseas, or that they were part of a broader conspiracy here at home” but did label “an act of terrorism” committed by people who “... had gone down the dark path of radicalization, embracing a perverted interpretation of Islam that calls for war against America and the West.”

The speech goes on to say that “as the Internet erases the distance between countries, we see growing efforts by terrorists to poison the minds of people like the Boston Marathon bombers and the San Bernardino killers.”

Obama therefore explains the USA's immediate response to terrorism and particularly to ISIL, including military and diplomatic efforts, plus some restrictions on the right to purchase firearms and stronger screening of some visitors to America.

Future actions, Obama said, will include an attempt to “urge high-tech and law enforcement leaders to make it harder for terrorists to use technology to escape from justice.”

The sentence isn't explained, but seems a clear reference to the technology industry's argument that encryption is essential for everyday life and therefore ought not to be equipped with back doors for government use.

The term “escape from justice” also invokes a New York Times op-ed titled When Phone Encryption Blocks Justice. Penned by Manhattan district attorney , Cyrus R. Vance Jr, Paris chief prosecutor François Molins, commissioner of the City of London Police Adrian Leppard and chief prosecutor of the High Court of Spain Javier Zaragoza, the piece argued that “The new encryption policies of Apple and Google have made it harder to protect people from crime.”

Similar arguments emerged after the November 13th Paris attacks, when it was widely argued that the attacks may have been detected, and prevented, if law enforcement agencies had access to backdoors allowing easier and wider surveillance of encrypted communications services.

Obama's speech is something of a reversal, as he's previously resisted calls for access to encrypted communications. Hillary Clinton, however, has called for Silicon Valley to “ develop solutions that will both keep us safe and protect our privacy,” adding that “Now is the time to solve this problem, not after the next attack." Clinton's remarks were made in the days between the Paris and San Bernardino incidents. ®