We put in more, so you'll pay by the core 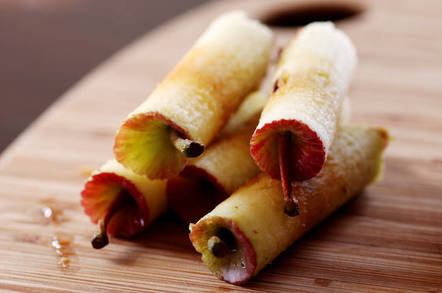 Microsoft looks to be moving to per-core licences, rather than per-CPU licences, for Windows Server 2016.

"Directions on Microsoft" chap Wes Miller tweeted links to a "Pricing and licensing FAQ" for Windows Server 2016 and System Center 2016 Standard and Datacenter Editions. Dated December 2015, the meat of the document offers this description of Redmond's future licensing plan:

The licensing of Datacenter and Standard Edition will move from processors to physical cores, which aligns licensing of private and public cloud to a consistent currency of cores and simplifies licensing across multi-cloud environments. Licenses for servers with 8 cores or less per proc will be same price as the 2012 R2 two-proc license price.

Core licenses will be sold in packs of 2 for incremental licenses needed above the required 8 cores per proc. The Standard Edition of Windows Server and System Center will license up to 2 VMs when all of the physical cores on the server are licensed.

The document goes on to explain how you'll be able to buy licences, as follows:

Microsoft's documents say the company is doing this to make cores the common currency when licensing Windows Server. Redmond's already made moves in this direction on Azure, so per-core licensing for on-premises deployments means it should be easier to understand hybrid cloud costs.

There will be pain for users. As the graphic below shows, those of you with servers boasting two or four CPUs, and 10 or 20 cores, will require "additional licensing."

The company's justification for the changes is that Windows Server and System Center have lots of new features. So cough up, even if you don't plan on using them. Redmond can also point to the fact that it offers per-core licensing for other on-premises software, such as SQL Server and BizTalk, so it's actually doing you a favour by being more consistent.

Another nugget of information revealed in the FAQ is that Windows Nano Server is included as part of the licensing of the edition from which it is deployed.

You don't need to do anything about this for now. Microsoft says that "Customers will then begin transacting Windows Server and System by core-based licenses at the time of their software assurance renewal or at the time of net new license purchase outside of any Microsoft agreements."

In case Microsoft takes down the PDFs referred to in the Tweets, we've popped them into Dropbox here and here. ®