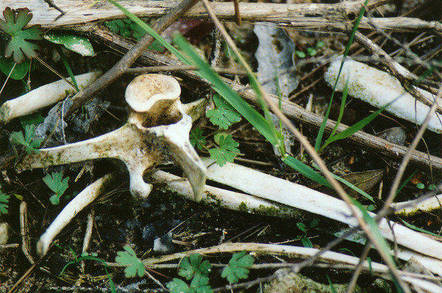 Most of what we know about North American dinosaurs comes from the western half of the continent, while those of the east are something of a mystery. So little is known, in fact, that even a scrap of bone can shed light on their diversity.

That is what happened while I was exploring the collections at the Yale Peabody Museum, and came across part of a jaw, collected 30 years earlier from a farm in North Carolina. It turned out to be part of a horned dinosaur, around 77 million years old: the first known from this period on the east coast.

It had been labelled as a duckbill dinosaur, but it didn’t look like any of the duckbills I’d seen in the field and museums. Instead, after comparing it with a range of species, the shape of the tooth sockets and curve of the jaw identified it as a Leptoceratopsid – a small, sheep-sized cousin of the giant Ceratopsids, such as Triceratops, that roamed in the west.

Leptoceratopsids had a frill on the back of the skull like that of Triceratops, but lacked the brow horns; instead a small pair of horns jutted out from the cheeks. Leptoceratopsidae were widespread in the Late Cretaceous, but this one was strange. 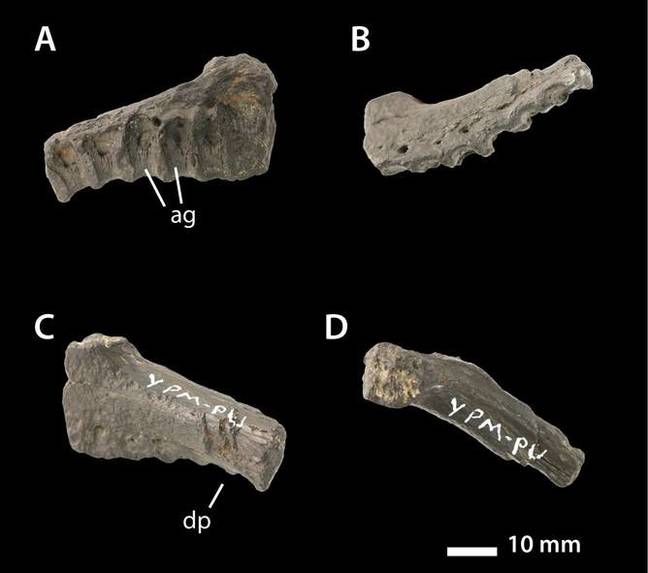 Most had powerful jaws to crush tough food, but here the jaw was slender, suggesting a diet of soft plants. The tooth rows also have an unusual twist – the upper jaw bends down and out – unlike any other dinosaur I’ve seen.

It’s just one bone, but it also fits a larger pattern in dinosaur evolution. The new leptoceratopsid doesn’t quite resemble anything known from the west, and it turns out that nothing else on the east coast does either. Dryptosaurus, an eastern tyrannosaur, appears to represent a much more ancient branch of the tree than the western Tyrannosaurus – unlike T. rex, it has huge arms, with enormous talons eight inches long.

So why do western dinosaurs look like Asian species and the eastern dinosaurs look so different? A look at the map reveals the answer. During the Cretaceous, 100 to 66 million years ago, North America wasn’t one continent, but two. A vast sea – the Western Interior Seaway – stretched north from the Gulf of Mexico to the Arctic Circle, cutting the land mass into two separate continents: “Laramidia” in the west and “Appalachia” in the east. Laramidia connected to Asia at its northern tip while Appalachia was isolated.

So it makes sense that western dinosaurs and Asian dinosaurs are related: they simply walked from one continent to the other. But the east, Appalachia, became an island continent, and evolved its own fauna. Dinosaurs from the east probably arrived there in the middle of the Cretaceous, before the sea rolled in and cut it off.

Once isolated, the eastern dinosaurs were on their own, pursuing their own evolutionary path. Similar stories are likely to have played out all across the world. Long ago, the continents were joined into a single land mass. The slow breakup of this mass – called Pangaea – began 200 million years ago. By the Late Cretaceous, 100 million years later, the breakup had reached its maximum, and sea levels were high. Africa, South America, and India were islands; Europe was an archipelago; and an Australian-Antarctic land mass formed another island at the South Pole.

Cut off from the rest of the world, these islands were left on their own, and evolved their own unique species. The southern continents lacked horned dinosaurs, tyrannosaurs and duckbills entirely. Instead, the top predators were Abelisaurs, a group of horned carnivorous dinosaurs, and long-necked titanosaurs, and different species would have lived on each continent. We’ve only begun to explore these places, so in terms of dinosaur diversity, there’s a lot more to come.

I can’t say the idea of finding a Tyrannosaurus has no appeal to me. During my grad school days I spent a lot of weekends collecting T. rex teeth along the Red Deer River in Alberta. But it’s always more exciting to find something entirely new. One of the most exciting things about biogeography is knowing that no matter how much we think we know about dinosaurs and the animals that lived alongside them, all we have to do is go and look in another part of the planet, and there’s an entire world of new species waiting to be found. ®

This article was originally published at TheConversation.com.