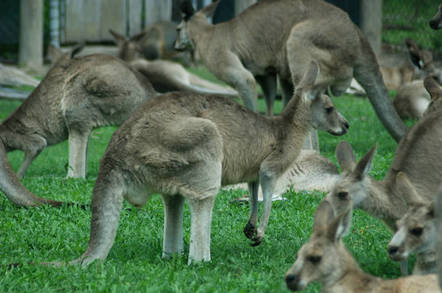 The Australian Broadcasting Corporation (ABC) reports that China has been fingered as the source for a very substantial attack on a supercomputer operated by Australia's Bureau of Meteorology (BoM).

The BoM is an analog of the UK's Met Office and the USA's National Weather Service. Like those agencies, the BoM provides weather data to all sorts of customers, including defence operations.

The ABC's suggesting that a breach of the BoM is therefore a threat to the nation's security. The Register is properly paranoid so believes this may be the case, but not because the supercomputer in question sometimes sends some weather feeds to defence agencies. That the super is used for modelling the nation's climate suggests an economic motive: if an attacker knows what data sets the BoM is crunching, and why, it could prove useful in all sorts of ways.

Vulture South's team have placed a few calls to folks we know who often know about this kind of thing. One well-placed source told us remote code execution took place at the BoM. Other sources who are often willing to offer background commentary on such matters have said they are unwilling to do so, off or on the record, regarding this incident. Which is interesting in and of itself.

If more substantial information, or commentary, comes to light we'll be sure to bring it to you.

The allegations come after China and the USA promised not to hack each other. Australia, like the USA, is a member of the five eyes intelligence-sharing alliance. ®