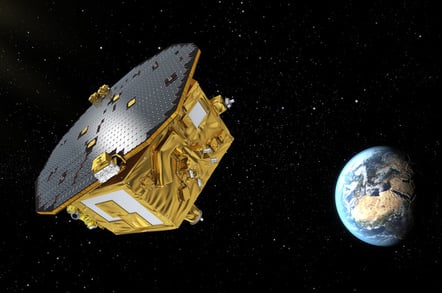 The European Space Agency's LISA Pathfinder spacecraft is due to blast off tomorrow from Kourou, French Guiana, on its mission to "test the technology needed to develop future space-borne gravitational wave detectors".

The launch date is not arbitrary. It celebrates the 100th anniversary of the publication of Albert Einstein's theory of general relativity - the work which predicted the existence of the gravitational waves which have to date eluded scientific observation.

Now, boffins hope, they can finally take the first step in unmasking the ripples of energy which, according to Einstein, are produced by events such as stars collapsing to form black holes. 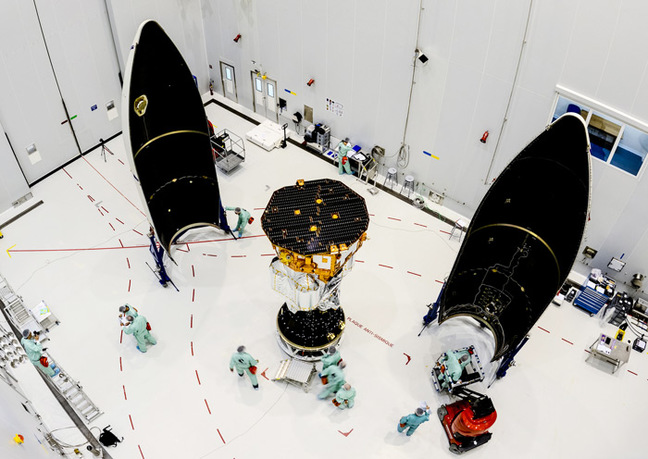 The LISA (Laser Interferometer Space Antenna) Pathfinder will be carried aloft by a Vega rocket - ESA's "small" lifter for payloads up to 2,000kg - and ultimately enter a Lissajous orbit* around Lagrange point L1 after an eight-week trip. 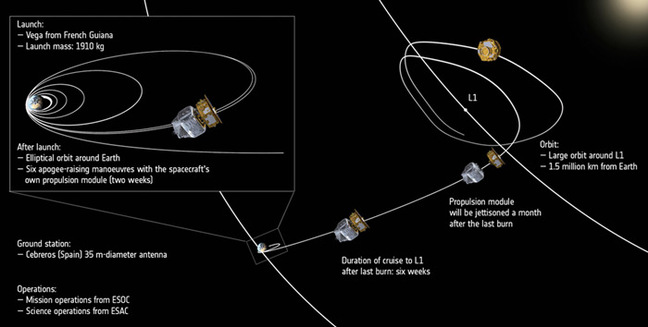 At its final destination, some 1.5 million km from Earth, the spacecraft will attempt to "put two test masses in a near-perfect gravitational free fall, and control and measure their motion with unprecedented accuracy". The two test masses in question, housed in the LISA Technology Package (LTP), are identical 46mm gold/platinum alloy cubes, each in its own evacuated enclosure.

To keep the cubes in position, LISA will deploy the Drag-Free Propulsion System (DFPS) to "to counteract the disturbance forces and torques applied on the spacecraft in order to maintain the free-floating conditions on the master test mass".

Once LISA has achieved satisfactory cube floatiness, the position of the two masses, "with respect to the spacecraft or each other", can be measured "by an interferometric system that is capable of picometre (10-12 m) precision in the frequency band 10-3 Hz to 10-1 Hz". This will represent "the first high-precision laser interferometric tracking of orbiting bodies in space". 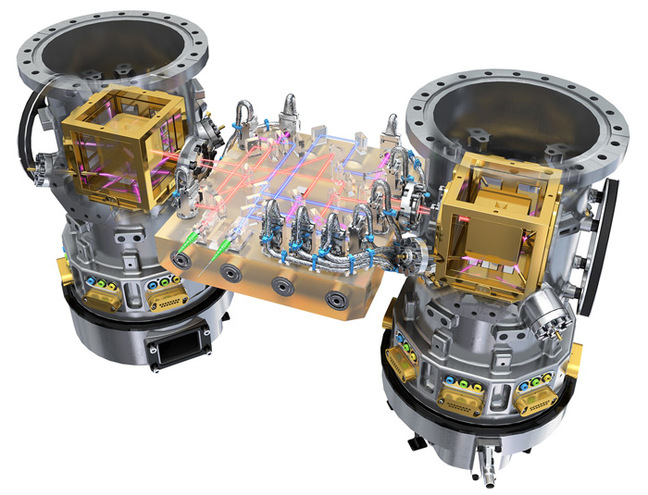 Gravitational waves in this low frequency range will cause minute, but measurable, test mass displacements. Or rather, they might in the future be measurable when a full-fat gravitational wave detector mission is launched.

ESA says that LISA cannot itself detect said waves, because, "since the impact of gravitational waves is so tiny, the test masses would need to be millions of kilometres apart rather than the 38cm available on board LISA Pathfinder".

The "arms" in question will ultimately be the three 5,000,000km-long sides of a triangle formed by a trio of spacecraft, each packing its own cube. That mission is currently scheduled for launch in 2034, so in the meantime, enjoy ESA's handy video summary of LISA Pathfinder, and how it forms part of a "new era in space science":

The LISA Pathfinder launch is scheduled for 04:15 GMT tomorrow (Wednesday). The latest mission news can be found right here. 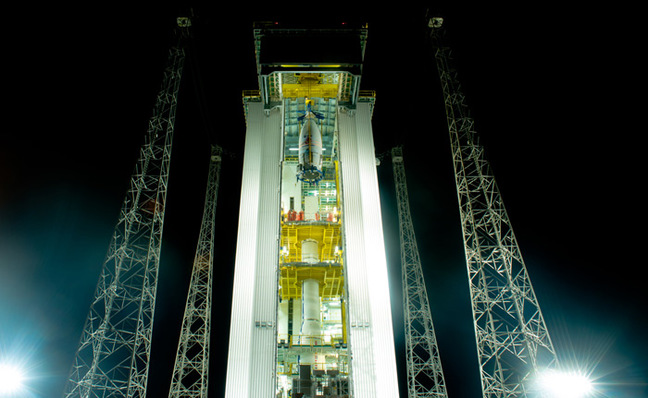 Going up: The LISA Pathfinder in its fairing hoisted atop the Vega rocket. Pic: ESA/Manuel Pedoussaut

*Not to be confused with a "Litigious orbit", in which lawyers aboard spacecraft from rival space mining companies trade insults and threats over the radio as they circle a titanium-rich asteroid.

**That caption in full:

The two gold cubes, enclosed in vacuum containers (shown here without the launch lock mechanism [designed to protect the cubes during launch]), are key to the LISA Pathfinder mission. Each of these electrode containers houses a gold-platinum test mass. LISA Pathfinder will monitor the two cubes as they enter free-fall motion using a high-precision laser interferometer.

The optical bench interferometer is shown between the two masses. This instrument is made from a 20 cm by 20 cm block of Zerodur ceramic glass, and has a set of 22 mirrors and beam-splitters bonded to its surface that direct laser beams. These beams will allow scientists to precisely measure the cubes' motion, position, and orientation without touching them. In this way, LISA Pathfinder will perform the first high-precision laser interferometric tracking of orbiting bodies in space.

Space is big. Really big. You just won't believe how vastly hugely mindbogglingly big it is