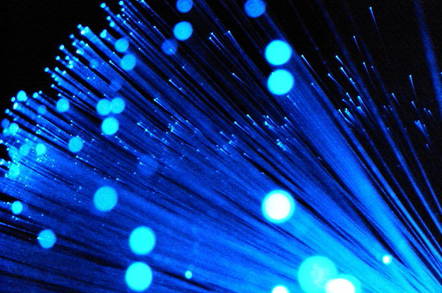 The cable company has handed its complaint to state aid officials in Brussels. It has also submitted evidence (PDF) to the cross-party culture, media and sport committee – which will hear from VM boss Tom Mockridge on Tuesday morning.

Virgin Media has been lobbying hard against the government's plans to offer more subsidies for broadband deployment to reach the final five to 10 per cent of premises in Blighty.

Mockridge, who has previously argued that allowing the markets to compete without any further meddling from Whitehall would be a better outcome for the UK's economy, said:

The BDUK scheme does not offer the taxpayer value for money, it is no longer necessary in today’s investment-rich market and it leads to wasteful overbuild. Strong competing networks are the answer; there is no longer a need for taxpayer funded broadband roll out.

Government should focus on cutting red tape and help us connect more premises more quickly; their focus should be on stimulating demand not wasting taxpayer money.

The Department for Culture, Media and Sport has hit back, however.

On Monday morning, it dismissed Virgin Media's gripes as "groundless" and noted that the telco had previously declined to bid for any of the cash from the Broadband Delivery UK (BDUK) pot, because it was unwilling to open up its infrastructure to rival ISPs.

Virgin Media has urged the European Commission to oppose any extension of the UK government's national broadband scheme; state aid approval for which ended on 30 June this year.

It argued that "the case for subsidy is now vastly reduced" and that state aid could hamper "commercially-led investment plans."

Virgin Media also wheeled out telecoms analyst and one-time Vodafone policy wonk, Richard Feasey, to crunch the numbers on BDUK's clawback mechanism, which the cable company has claimed could eventually lead to a big windfall for BT of anything between £320m to £869m.

BT, in response to the criticism, moaned that Virgin Media had "little grasp" of the BDUK scheme.

A spokesbeing at the one-time state monopoly said:

BT cannot make excess returns under the contracts and the seven year period for gainshare is set under EU aid law.

It is also the case that any higher returns are not split on a 50/50 basis. In fact, the majority of those funds will be returned to the public sector to improve coverage even further.

That 50/50 claim came from "numerous" secret sources who told VM that over 50 per cent of excess revenues would be handed over to the local authority, where BT exceeds take up assumptions.

Virgin Media alleged that the "clawback mechanism only exists for the first seven years of the project, after which BT keeps 100 per cent of all revenues." ®