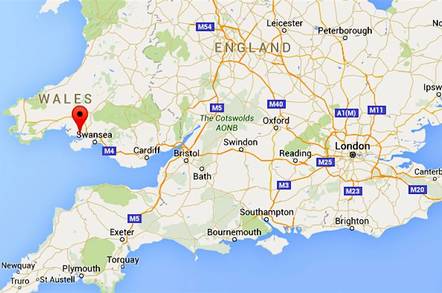 Where in the world is Llanelli? Right here, in Wales, UK (Source)

Cops probing the TalkTalk mega-hack arrested a teen in south Wales on Tuesday.

The 18-year-old is the fifth suspect to be cuffed in connection with the computer security breach at the UK ISP.

Detectives from the Metropolitan Police Service's Cyber Crime Unit and officers from Southern Wales Regional Organised Crime Unit, armed with a warrant, detained the young bloke while searching a home in the town of Llanelli.

The lad was held on suspicion of blackmail, and was taken to Dyfed Powys police station where he was quizzed by investigators.

At the end of October, TalkTalk admitted it was hacked, and that sensitive information on thousands of subscribers was swiped from its databases.

All four were held on suspicion of Computer Misuse Act offenses, and all four have been bailed while the investigation continues. ®