Sales, share price sink for HP Inc – but it's relative glee for HPE

Who said breakin' up was hard to do? 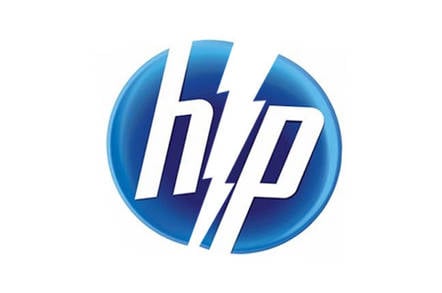 It was an inauspicious start to life as a standalone entity for HP Inc - the breakaway computer and printing business - as it forecast lower than expected profits, based on depressed market demand.

The organisation, which undocked from the HP mothership at the start of this month, as did Hewlett Packard Enterprise (HPE), issued guidance to analysts last night after rolling out the last ever set of quarterly financials as a group for Q4 of fiscal ’15 ended 30 October.

In a conference call with analysts, HP Inc CEO Dion Weisler, pointed to comments at the Security Analyst Day in September when he warned of several tough quarters ahead.

“Q4 was indeed a difficult quarter and somewhat weaker than we expected. Following separation, we remain confident that we are well positioned for the long-term… challenges do not intimidate us.”

Just as well really because it seems as though the waters will be anything but plain sailing.

For the current quarter ended 31 January, HP Inc is forecasting profits of 33 to 38 cents per share excluding certain costs, but this was short of analyst consensus at 42 cents. The share price was dented after the P&L accounts were released.

As for the final quarter of HP’s fiscal ’15, group revenues dropped nine per cent to $25.7bn as reported but were down three per cent in constant currency.

There were very few bright spots in terms of top line expansion across the portfolio, save for a couple of areas in the Enterprise Group.

Personal Systems fell 14 per cent year-on-year to $7.69bn; commercial revenue decreased 15 per cent; consumer declined 12 per cent. Total units were down 12 per cent – down 17 per cent in desktops and five per cent in notebooks.

Pre-tax profit in the computer division fell to $294m from $355m in the same period a year ago.

He said “innovation and sprinkles of magic are key to differentiation as the PC market goes through consolidation”, but said things are expected to “remain challenging” and that Win10 has not been a “material catalyst for sales yet”.

On the printing side of the house, total sales slid 14 per cent to $4.96bn - hardware unit shipments fell 17 per cent with commercial down 23 per cent and consumer down 14 per cent. The once trusty supplies revenue generator dropped ten per cent.

Weisler said currency movements “accelerated pricing pressures” more than anticipated in the profitable areas of print, and market demand was “weaker” than projected - elsewhere rivals including Xerox and Lexmark are re-evaluating their businesses following falling sales.

Pre-tax profit dropped to $862m - which is a far cry from the days when print used to be HP’s bottom line generator - down 18.3 per cent.

The rest of old world HP now sits under the HPE banner, and there were perhaps more reasons to be cheerful on this side of the fence.

The Enterprise Group turned over $7.35bn, up two per cent - Industry Standard Server edged up five per cent; Business Critical Servers was down eight per cent; storage was down seven per cent; networking jumped 35 per cent on the back of the Aruba acquisition; and Technology Services revenues shrank 11 per cent.

HPE CEO Meg Whitman - who will be chairman at HP Inc - claimed the operation she is leading was “off to a very strong start”, but claimed it still has “more work to do, particularly in ES (Enterprise Services, our cost structure is much closer to where it needs to be, thanks to aggressive supply chain management, SKU rationalisation and workforce rebalancing”.

In the past three fiscal years, HP had cut 58k jobs worldwide, and a higher proportion came from ES, which following the acquisition of EDS had almost doubled HP’s workforce to well in excess of 300k warm bodies. HPE is cutting about 25k to 30k people.

Enterprise Services remains the Achille’s heel for HPE - there are fewer big ticket outsourcing contracts up for grabs these days, and this was again evident in the Q4 numbers. Revenues tumbled nine per cent to $5.02bn. Application and Business Services dropped five per cent and Technology Services Outsourcing was down eleven per cent.

Losing all those people has - unsurprisingly - helped to bolster profits, and earnings before taxes went up 9.29 per cent to $412m.

“In Enterprise Services, we had the best performance in Q4 that we’ve had in years due to a more diversified customer base, stabilised constant currency revenue growth and significantly reduced cost structure,” said Whitman.

Software was down, down, down, down on every front, falling seven per cent in total to $958m with license, support, professional services and SaaS all recording declines. In constant currency, software fell two per cent.

The Financial Services arm crossed the quarter’s end with sales of $802m, down 11 per cent, including a four per cent decrease in financing volume.

As for HPE’s outlook, it estimated profit will be 37 to 41 cents versus the analyst projections of 44 cents. But for the next full financial year, the company reiterated profit forecasts before certain costs of $1.85 to $1.95 a share.

Wall St moneymen obviously liked what they got, as the share price moved up two per cent in extended trading before dripping 1.2 per cent to $13.69.

Maybe Whitman was right to break up HP to allow management behind the business units to make decision quicker, respond to market changes more nimbly and finally manage to grow revenues on a sustained basis. The jury is out on the effectiveness of this move.

Clearly Michael Dell disagreed and it currently making the exact opposite move, scaling his organisation via the $67bn acquisition of EMC.

It is likely that neither company will find organic growth easy to come by in this new cloudy world.