More than '1,000' jobs thought to be for the chop in worldwide downsizing 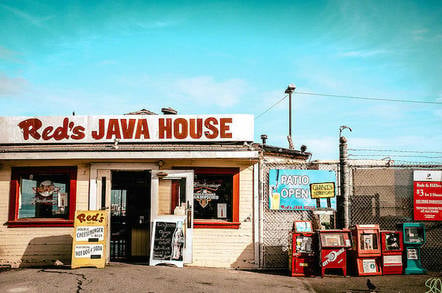 Exclusive Oracle has admitted it is axing its UK software support centre – in a move sources say will shift all European support work to Romania and cut "more than 1,000" support staff.

The ERP giant confirmed to The Register that it was "in the process of consolidating its software support services into co-located entities." It said the move will affect the current software support operation in the UK, but would not comment further.

One source, who asked not to be named, said support centres around the world are closing under global 'rationalisation' plans.

The only support centre to remain in Europe after early 2016 will be in Romania, with the next phase to consolidate centres across the US, said the source. He claimed this means that more than 1,000 people have been made redundant in the last couple of weeks.

"The motives are unclear, whether it's a desperate rush to the cloud, or that the financial figures aren't looking great," he said.

Another ex-Oracle worker claimed a former colleague had been in touch late last week to say that all of the UK support had been let go.

"The US appears unaffected, but I'm not 100 per cent sure whether it escapes completely, and this action does appear to affect UK support across all product lines," he said.

The Register first reported the rumours that Oracle was planning to axe many of its European support centres last year. However, back then it was understood that the UK and the Netherlands would be retained. At the time sources suggested the job cuts would amount to 450 job losses in 2015.

They claimed customers are likely to suffer as a result of the changes and are unlikely to see a reduction in their licence fees, adding: "The company is axing experienced tech people for inexperienced, cheap labour."

An Oracle spokeswoman said: "In response to the evolving customer need for product support in the UK, Oracle is in the process of consolidating its software support services into co-located entities. While this will affect the current software support operation in the UK, the rest of Oracle’s operations in the UK are not impacted. Oracle remains committed to the UK market and to its customers.” ®