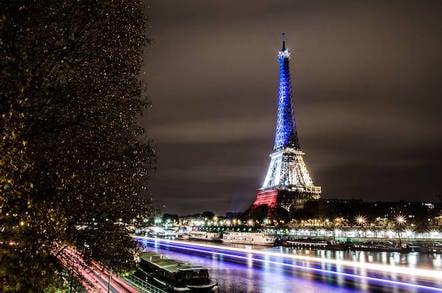 The European Commission's Justice and Home Affairs Council met last Friday to consider responses to the terrorist attack on Paris and among the actions the meeting decided are now necessary is a look at how to crimp virtual currencies.

The Council's decided on 13 responses to the Paris attacks, including a call for member nations to “speed up full implementation and effective use of the Prüm acquis (interconnection and consultation of national databases on DNA, fingerprints and vehicle registration)”. There's also a call for database interoperability and information sharing between member states and Europol, to facilitate better cross-checking of information in ways that make it easier to detect suspects.

“Member States will … improve the overall level of information exchange between [counter-terrorism] CT authorities in the EU. Member States will ensure that the relevant national authorities significantly increase their contributions to Focal Point Traveller at Europol to reflect the threat and connect to relevant Europol information exchange systems,” the post-meeting announcement says.

The Council also hopes to constrict the financing of terrorism by asking the EU commission to improve data-sharing among Financial Intelligence Units “in order to enhance the effectiveness and efficiency of the fight against money laundering and terrorist financing in conformity with Financial Action Task Force (FATF) recommendations.”..

Those actions will include and effort to “... strengthen controls of non-banking payment methods such as electronic/anonymous payments, money remittances, cash-carriers, virtual currencies, transfers of gold or precious metals and pre-paid cards in line with the risk they present and to curb more effectively the illicit trade in cultural goods”.

There's no word yet on just what those new controls might be, when they will emerge and therefore what they might mean for Reg readers within or without the European Union. Given the speed with which the EU often moves, rapid change seems unlikely. And if the changes are rapid, expect the “legislate in haste, repeal at leisure” practice to apply once its realised that some of the response is ineffective or has unpleasant unintended consequences. ®