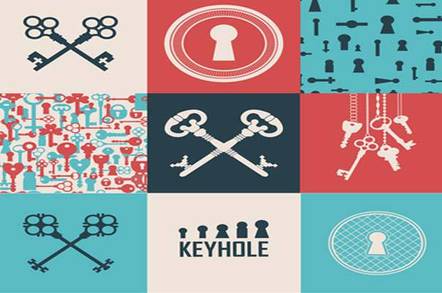 Tech giants claim they are standing firm in their refusal to allow government agencies to backdoor their cryptography – or to weaken encryption in their products.

The Information Technology Industry Council (ITI), which bills itself as the "global voice of the tech sector" and contains such giants as Apple, Google, and Microsoft, put out a statement Thursday in which it was unequivocal in its continued support for encryption.

"Encryption is a security tool we rely on every day to stop criminals from draining our bank accounts, to shield our cars and airplanes from being taken over by malicious hacks, and to otherwise preserve our security and safety," said ITI president and CEO Dean Garfield.

"We deeply appreciate law enforcement's and the national security community's work to protect us, but weakening encryption or creating backdoors to encrypted devices and data for use by the good guys would actually create vulnerabilities to be exploited by the bad guys, which would almost certainly cause serious physical and financial harm across our society and our economy. Weakening security with the aim of advancing security simply does not make sense."

The statement comes as a number of politicians in the US and Europe tried to reopen the conversation on encryption – something that just a week earlier was thought to have been effectively killed off when even the FBI's top lawyer admitted that adding backdoors required a level of "magical thinking" because it assumed others would not find them.

UK prime minister David Cameron has been especially vocal about the refusal by tech firms to purposefully limit their products' security, an argument given greater vehemence by the fact that his government has proposed a new law that would give security services the ability to access the browsing habits of all UK citizens.

Meanwhile, US senator Dianne Feinstein (D-CA), who chairs the US Senate Intelligence Committee and has been criticized repeatedly in the past few years for her defense of the security services, said on MSNBC: "If you create a product that allows evil monsters to communicate in this way, to behead children, to strike innocents – whether it's at a game in a stadium, in a small restaurant in Paris, take down an airline – that is a big problem." Manhattan's district attorney Cyrus Vance joined the call with an opinion column in the New York Times that argued that "encryption blocks justice."

The ITI statement reflects the opinion made publicly by a number of top tech executives, including Apple CEO Tim Cook, but following the Paris attacks they are understandably less excited to be going head-to-head with politicians.

Earlier this year, President Obama made it clear that his administration would not be seeking new laws over encryption and law enforcement access. However, law enforcement is still hoping to persuade tech companies into working with them informally. So far, at least, that call has fallen on deaf ears, thanks in large part to the revelations by Edward Snowden that the security services were actively breaking into those companies' networks to access their data. ®