'Nice guy' hackers are seemingly fixing the Citrix server hole, but leaving a nasty present behind 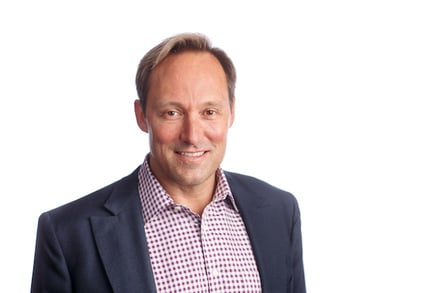 Sullivan's successor is Doug Merritt, previously senior veep for field operations at Splunk and a former senior exec at Cisco and PeopleSoft. Sullivan will hang around as non-executive Board chair and "will continue to work closely with the Board and with Merritt to ensure a smooth transition and implementation of the company's long-term strategy."

That strategy's gone rather well under Sullivan's leadership: when he joined in 2008 Splunk had 750 customers and US$18 million of annual revenue. Today's corresponding numbers are 10,000+ and "nearly $600 million."

Splunk chose to announce Sullivan's departure on the day it also announced its Q3 2015 results. The company lost US$73 million, or 57 cents a share, on sales of $174.4 million. But once all the financial gymnastics had been completed and a non-GAAP result calculated, that translated into a profit of five cents a share. That outcome, and the sales result, both beat the street, leaving the board and investors reportedly chuffed even if Sullivan's departure after a very successful seven-year stint is saddening.

The Splunk that got sunk: Log-lover ends support for mobile apps

Splunk acquires rival Rocana and some of its techies

In 2015 the two were at each other's throats over a blog post. We think we can say who won!

That sound you hear is Splunk leaking data

Exclusive 'Splunk App for Build Analytics' is in closed beta, but if you ask nicely ...