'Disturbed to learn our service used by group to spread propaganda' 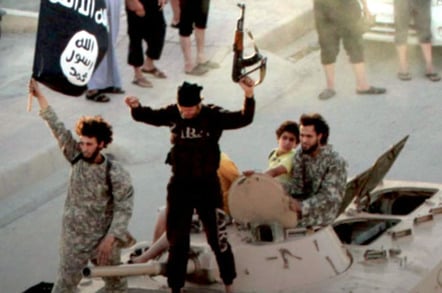 Telegram is – following bad publicity about its messaging app – on a whack-a-mole mission against channels understood to have been set up on the service by ISIS.

The tool has been used to spread propaganda and urge others to join the terrorist group.

However, anyone wishing to read Telegram's full statement – in which it confirmed that it had so far "blocked 78 ISIS-related channels across 12 languages" – will have to install the app first.

Arguably, that's a clever marketing exercise for an app seizing on the appetite for news about ISIS following the Paris attacks last Friday.

The Berlin-based outfit said: "We were disturbed to learn that Telegram's public channels were being used by ISIS to spread their propaganda."

Reuters had earlier reported that the app had been used by ISIS as a recruitment tool.

Questions immediately hit Telegram's Twitter feed, after it announced that it had taken down 78 channels connected to ISIS.

One user asked: "Oh, so do you intercept conversations?", to which Telegram's chief Pavel Durov replied: "Of course not; only publicly available channels could be reported and blocked."

Telegram claims to be "way more secure" than WhatsApp. The service uses the MTProto protocol, developed by Durov.

It notes in its FAQ section that channels "are not part of [the] core Telegram UI". It adds: "While we do block terrorist (e.g. ISIS-related) bots and channels, we will not block anybody who peacefully expresses alternative opinions."

So-called secret chats on the app use end-to-end encryption and are not backed up in the cloud, according to Telegram. ®