Will the Ericsson/Cisco alliance work or simply break?

Better to play nicely than try to muscle in on territory 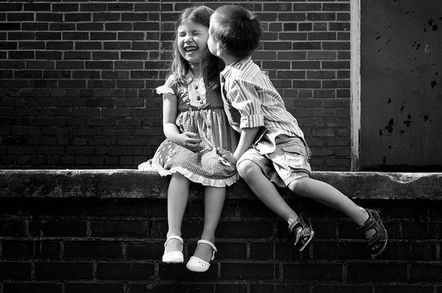 The reasons for an alliance between Cisco and Ericsson are just as good as the reasons against it. Both want to own ALL of the territory around carrier deployments, but Ericsson comes from dominance in the wireless sector and Cisco from the IP segment, both wired and wireless.

And similarly both of them fear incursions from China in general and Huawei in particular, and the rising presence of the new merged Nokia Alcatel. They could simply duke it out, winning their respective quarters, or bring each other business that normally they would not do.

So in the first instance, the idea is to try to bring in a cool $1bn of extra business a year each (by 2018), basically by pushing leads at one another, for what the other is good at.

They already have this in their processes for including technology from smaller vendors, it’s just a matter of making it work for each other.

The focus of the deal is around cloud computing and the IoT (internet of things, or of everything if you listen to Cisco execs), and Ericsson will receive patent licence fees from its new friend, which also expects to save SEK1 billion ($115m) a year, from the deal in costs.

We would say that culturally they are miles apart and that Ericsson would end up giving Cisco business, but perhaps not the other way around, as well as Ericsson lifting its skirt on how it does what it does in cellular.

Remember Motorola decided to work with Apple on a phone, and the end result was a) awful and b) that Apple now knew enough to enter the phone industry. The rest is history, as is Motorola.

Ericsson is still R&D-heavy and is services-driven, trying to run networks for its customers; Cisco is a sales machine focused on down-shipping hardware with proprietary software on it. It has no R&D except what it gets from acquiring new businesses.

Quite simply, a merger would have been shot down in all three of the world’s most important territories; China, Europe and the US, so that was never on, but it’s tough to argue with cooperation, because the revenue always goes to different shareholders.

It may end up being unhealthy for smaller rivals, but it will not come under anti-trust scrutiny. Both companies are traditionally wary of major mergers anyway and Ericsson resisted pressure to follow Nokia's lead and acquire a router company like Juniper.

"I don't believe in big mergers; this is by far the best solution you can get," Ericsson CEO Hans Vestberg told Bloomberg recently. "This is much faster and more efficient." This deal is mostly about the wireless opportunity, still far larger than the fixed networking and video markets we talk most about in Faultline.

But also because in video Ericsson has acquired its way to a market in middleware, purely by buying Microsoft Mediaroom, and Cisco bought similar leadership via the acquisition of NDS. Here they are far more directly competitive than overlapping, as they are in wireless, cloud and IoT.

The wireless infrastructure business is consolidating as traditional hardware becomes a game of scale and the value shifts to virtualisation, software defined networking, services and cloud platforms. In these areas of future growth, Cisco and Ericsson are far more complementary than they are in their traditional markets.

As video becomes a cloud business, they will once again see more overlaps than direct rivalry, but not at present. Cisco has never had a chance of penetrating Ericsson's mobile RAN fortress, and in the same way Ericsson could not break into Cisco's enterprise IP heartland – but now they can target one another's customers at least with software-oriented platforms.

Ericsson has a far more developed services offering – Cisco's structure and roadmap is still mainly product-focused, though the cloud, IoT and SDN markets will inevitably bring elements of managed services into the mix. Their strengths and weaknesses in virtualisation, orchestration and SDN are different, and while Cisco has a more end-to-end approach to the IoT, Ericsson has been developing the links between a hosted cloud service and billions of endpoints.

Obviously, low power WAN over LTE will be critical at some point here. And of course, they both have a core customer base of large service providers, though they usually sell different products to different departments. Even that is changing – as seen in AT&T's Domain 2.0 and many other operators' bids to shake up their supply chains, the providers of base stations, routers and other kit are being brought together around SDN.

Better perhaps to play nicely in those playgrounds than try to muscle each other to the sidelines, and in doing so, wrong-foot the other competitors, without the disruption of a huge merger or joint venture, Nokia/ALU-style.

Nokia and Alcatel will spend much of 2016 working out the details of their marriage, with the aim of offering a full-scale IP/mobile platform plus software, so Ericsson and Cisco could leapfrog them and provide a similar combination in a simpler way, possibly sooner.

Even Huawei will have to look nervously at an axis which boasts $75.4bn in combined revenues in the last fiscal year and has 76,000 professional services staff. Who is Huawei going to build a similar partnership with? Samsung?

They proclaimed their new alliance as one which would create the "networks of the future", and offer customers "the best of both companies: routing, data centre, networking, cloud, mobility, management and control, and global services capabilities."

As well as offering an end-to-end portfolio, they outlined two other key goals – to create a new mobile enterprise platform based on a "highly secure technology architecture for seamless indoor/ outdoor networks", which would presumably tap into Cisco's Wi-Fi and Ericsson's LTE and 5G work; and the acceleration of platforms for the IoT.

Among the details of the deal are commitments to create reference architectures and products, including systems-based management and control; a broad re-seller agreement; and collaboration in key emerging market segments. Also, a combined team will start work on a joint initiative focused on SDN and virtualisation.

They will cross-licence each other's patent portfolios – they have a combined 56,000 patents, though clearly the weight is towards Ericsson, which will receive revenues from the agreement. They will also discuss Frand (fair reasonable and non-discriminatory) policies.

Vestberg said in a statement: "Foremost, we share the same vision of the network's strategic role at the center of every company's and every industry's digital transformation. Initially the partnership will focus on service providers, then on opportunities for the enterprise segment and accelerating the scale and adoption of IoT services across industries."

"For Ericsson, this partnership also fortifies the IP strategy we have developed over the past several years, and it is a key move forward in our own transformation," he added. They are indeed agreeing to play. ®