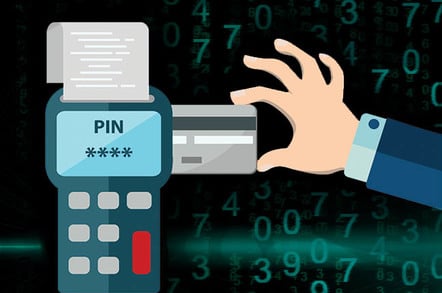 Threat researchers are warning of two pieces of point of sales malware that have gone largely undetected during years of retail wrecking and now appear likely to earn VXers a haul over the coming festive break.

The Cherry Picker and AbaddonPOS malware, exposed in the last week, are the latest evolution in stealthy and capable point of sales credit and debit card plundering.

Trustwave researcher Eric Merritt says the malware is expert at wiping evidence of itself after an attack has occurred, overwriting files multiple times and removing locations where data has been pinched.

It targets retailers in the food industry running any POS software.

Proofpoint's contribution to the bad news was its description of the Abaddon point of sales malware, which also sports anti-analysis, obfuscation, and wiping tricks.

The researchers found Abbadon on seven client networks that had been delivered after a Vawtrak infection.

"The practice of threat actors to increase their target surfaces by leveraging a single campaign to deliver multiple payloads is by now a well-established practice," the researchers say.

"While using this technique to deliver point of sale malware is less common, the approach of the US holiday shopping season gives cybercriminals ample reason to maximise the return on their campaigns."