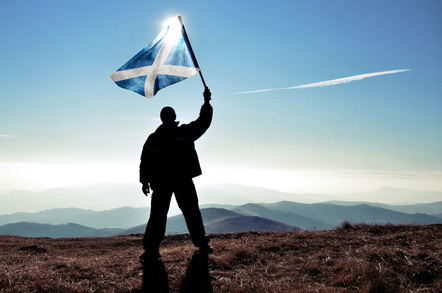 As debate kicks off at Westminster over the surveillance powers of spies and the police, the 55 Scottish National Party lawmakers look likely to be a restraining influence.

The party’s general election manifesto pledged to oppose the Snooper’s Charter. A decade ago, SNP MPs were among the first to oppose New Labour’s identity card scheme.

But in Scotland, the SNP-run government is introducing, or at least considering, IT-led projects which some critics see as increasing surveillance, including a data-sharing system covering all children, an upgraded CCTV network run by the police, and a Scottish identity scheme.

The plan which has attracted the strongest opposition is the Named Person scheme, allocating a state-sector professional to every under-18 in Scotland. The scheme, which is already operating in some areas and will cover all of Scotland by August 2016, provides someone who can respond to requests for help from a child, as well as work with those who have concerns for his or her wellbeing.

It has similarities with ContactPoint, a New Labour system that would have kept tabs on all children in England if it hadn’t been abolished along with ID cards by the Tory-LibDem coalition government in 2011.

NO2NP, a pressure group set up by civil liberties, educational and Christian organisations to oppose the scheme, is worried about how many people will have access to the data and how it will be secured, as "once personal data is out there, there's no getting it back,” said spokesperson Colin Hart.

The Scottish Government dismisses this. “The individuals that will be delivering the Named Person functions – typically health visitors and senior school staff – are currently handling and processing personal sensitive and confidential information. The organisations that support them already have systems and processes in place to support the legal and secure storage of this information,” said its own spokesperson.

NO2NP, which more broadly sees the scheme as undermining parents and the privacy of families, is pursuing legal action against it – so far unsuccessfully.

In September, judges in Edinburgh’s Court of Session dismissed an appeal against the group’s previously-rejected petition for a judicial review. However, NO2NP plans to take its case to London, then if that fails, the European Court.

Meanwhile, Scotland’s just-created single police force has been attempting its own bit of centralisation, with proposals to link up the nation’s public CCTV cameras. As elsewhere in the UK, councils run many of these cameras – and also like those across the country, they are short of cash following cuts in grants from central government.

Some local authorities in England and Wales have decided to cut back on CCTV to save money. In May, Carmarthenshire County Council scrapped live monitoring of its cameras, saving £100,000 a year to help pay for its Meals on Wheels service, after the local police and crime commissioner said such monitoring had little or no benefit.

Police Scotland takes a different view: it asked for a £10m upgrade of Scotland’s network of 2,800 public CCTV. A review it conducted in August 2013 found they were in a bad state, with 80 per cent using analogue technology and a dozen councils failing to comply with legal auditing requirements.

As well as recommending a new wave of high-definition digital cameras, the force said these should be connected to its new i6 IT system – and, according to a redacted recommendation, the force urges that “statutory responsibility for the operation and maintenance of public space CCTV in Scotland is allocated to a public body”.

The hidden sections were revealed in July by investigative website The Ferret, which used copying and pasting into Word to reveal the redacted bits.

The Scottish Government said it is considering whether arrangements for oversight of CCTV are sufficiently robust, but that it encourages the police and local authorities to work in partnership.

But, giving more power to Police Scotland worries some: “The police in Scotland are a wee bit of a force unto themselves,” said Pol Clementsmith, Scotland officer for the Open Rights Group.

The force has been criticised for heavy-handedness in deploying armed officers, such as on routine patrols on the mean streets of Inverness and for accessing journalists’ communications data without obtaining judicial approval.

In terms of IT competence, it failed to investigate a crashed car by the M9 motorway for three days as a result of failing to enter information from a call into its systems; one of the passengers may have survived if she had been found earlier.

A plan to use Scotland’s NHS Central Register as a national ID system, which gained parliamentary approval last March, could open the register to some 120 bodies across the Scottish public sector, including Quality Meat Scotland and Canals Scotland.

Pol Clementsmith said a set of smaller databases would be better, partly for improved privacy, partly as contracts to build it would be accessible to local suppliers: “We have some great Scottish technology companies that could bid for bits of it.”

“The Scottish Government has consulted on proposed amendments to the NHS Central Register,” said its spokesperson. “No decisions have yet been made while we consider the consultation responses, and we will outline the way forward to Parliament in due course.”

The Spectator magazine, focusing on the Named Persons scheme, recently ran a cover of Scotland’s first minister Nicola Sturgeon as the country’s ‘big sister’. She tweeted it, commenting: “LOL (as I believe the youngsters say these days!).”

Clementsmith thinks that the various plans have been triggered by attempts to save money and, in the case of Named Persons, to improve child protection rather than a desire to control people’s lives: “I don’t think the SNP is there saying: ‘We can watch what everyone is doing,’ but is sleepwalking into this,” he said.

“When it comes to the machinery of government, it presses ahead with ideas without looking at consequences,” he added.

Could such systems be used as the basis of an independent Scotland’s IT, following a "yes" vote in a future referendum? The Scottish Government has run public services including healthcare since devolution in 1999, so there is already an obvious case for some Scotland-wide IT.

But creating an all-purpose Scottish ID system would look like the action of a soon-to-be independent nation – and one that planned to keep an even closer eye on its citizens than the UK does. ®