UK citizens will have to pay government to spy on them

ISPs warn huge costs have to be passed on to customers 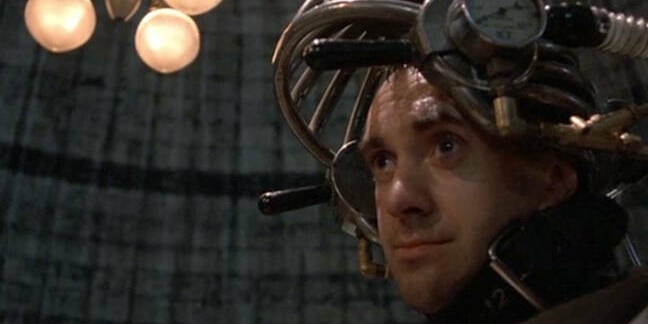 IPB If having the UK government trawl through your internet history and phone calls wasn't enough, it turns out that people will have to pay for the pleasure.

Speaking at a Commons Select Committee hearing this week, internet service providers (ISPs) warned that the costs of implementing the system outlined in the government's Investigatory Powers Bill would be huge – far larger than the £175m the government has earmarked for them.

The result? ISPs would face significant additional costs, and would pass those on to its customers, the MPs were told.

Chairman of the Internet Service Providers Association (ISPA), James Blessing, said that given an "infinite budget" he could create the system that the government imagines in its legislation. But, he noted, "the bill appears to be limiting the amount of funds available to a figure we don't recognize as suitable for the industry."

The government has set aside £175m to cover the initial hardware costs that storing all the data would require. But, Blessing noted, that was just the start of the billing process.

"Even if the hardware costs are met, the ongoing costs of storing and looking after that data, the costs of powering servers, will still have to come out of individual end-user customer price rises," he warned. "They will not be massive, but they will still be price rises."

Making the point more bluntly, CEO of ISP Gigaclear, Matthew Hare, noted: "One way or the other, the citizens of this country will end up paying to be spied on."

The admission is reminiscent of the classic Terry Gilliam film Brazil, in which the British deputy minister explains in an interview why those interrogated and detained are expected to pay for the pleasure.

Interviewer: Nevertheless, Mr. Helpmann, there are those who maintain that the Ministry of Information has become too large and unwieldy. And the cost of it all, Deputy Minister? Seven percent of the gross national product...

Mr. Helpmann: I understand this concern on behalf of the tax payers. People want value for money. That's why we always insist on the principle of Information Retrieval charges. It's absolutely right and fair that those found guilty should pay for their periods of detention and for the Information Retrieval Procedures used in their interrogation.

Hare also put the data demands into context, noting that on a one-gig connection (the company specializes in fiber connections), there would normally be 15TB of data a year going through it. Even if a small proportion of that is deemed "communications data," it will still amount to enormous quantities of data that need to be stored.

Just as importantly, Hare pointed out that it is very difficult to distinguish between the data from different applications over an internet connection. He made the analogy of a teenager playing an online game while using a different app to communicate with friends. "At any time any of those services could drop in, drop out, or be replaced," he argued.

Yesterday, the UN privacy head said at an internet governance meeting in Brazil that the UK legislation was "worse than scary," and was damning about what he said was an orchestrated effort to push the new powers past the UK parliament without accounting for the context where internet use reveals vast amounts of information about our daily lives. ®