So. Farewell then Betamax. We always liked you better than VHS anyway 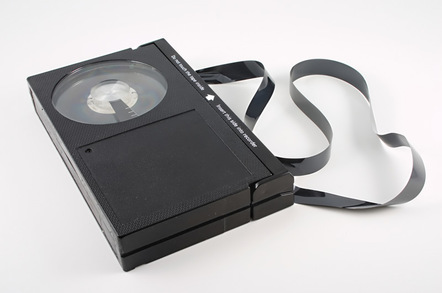 Sony has finally set a date for the death of Betamax – some 40 years after it first released the ill-fated home video tech.

As of March next year, the company will cease production of the last few tapes still available for the system; the EL-500B, 2L-500MHGB and 2L-750MHGB, as well as the L-25CLP cleaning tape.

Sony is also pulling the plug on MicroMV casettes, marking the final chapter in the story of its unsuccessful diminutive video format.

Betamax made its debut in 1975, and was the victim of the famous format war with JVC's VHS. The last Betamax machine rolled off the production line in 2002, by which time Sony had already been producing its own VHS recorders for 14 years.

Despite defeat in the domestic market, the Japanese giant adapted the Betamax cassette format to dominate the professional news video sector with Betacam. ®

Will sell single data cartridge that holds 185TB of data