All cooped up and nowhere to go, US and German spooks spied on each other 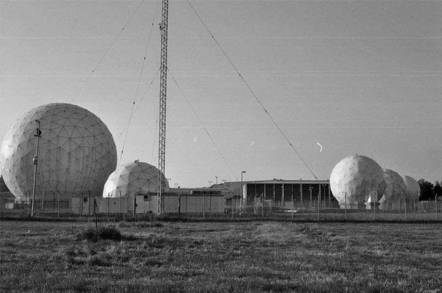 Allies US and German spooks cooped up in a windowless structure dubbed the Tin Can have been found secretly spying on each other.

The revelations reveal the absurdity of a secret agreement between spy agencies, the NSA and the BND, to operate from a former US base in Bad Aibling, Germany, that was in 2004 handed over to German control.

There the spy agencies could ostensibly monitor communications from governments and organisations throughout Western Europe, with an agreement to not spy on each other, and established the Joint Sigint Activity and Joint Analysis Center for data acquisition and analysis.

In October national news digger Der Spiegel reported the NSA broke that agreement and spied on the German Government, and may have conducted economic espionage right under the nose of the BND.

Now, Spiegel says the BND spied back on US Government diplomatic outposts and agencies, along with a host of other countries and non-governmental institutions.

Also on the BND menu were Britain, EU member states, the Vatican, and the Red Cross and Oxfam.

The BND is also reported to have intercepted communications from the United States' Department of the Interior and its diplomatic stations in Brussels, along with the United Nations office in New York.

Its selector searches include telephone and fax numbers along with email addresses belonging to diplomatic officials from the US, France, Britain, and the Vatican. Sweden, Switzerland, Portugal, Greece, Spain, Italy, and Austria.

It also targeted interior ministers of Poland, Austria, Denmark and Croatia in the email search.

The news follows revelations the office serving German Chancellor Angela Merkel was infected with dangerous malware based on Regin and thought linked to the NSA. ®