Zuck flogs your location to brands for a mall mithering 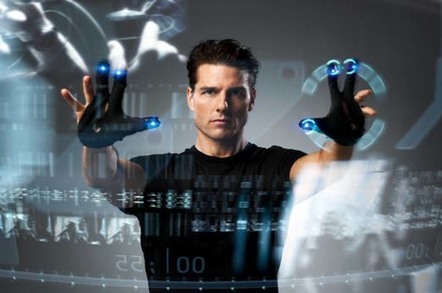 Facebook will nudge the retail industry one step closer to Minority Report-style ads that know who you are, where you are, and blast you with personalized ads that only you can see.

We’re still some way from the noir movie vision, but you don’t need to boil a lobster quickly.

From Thursday, Facebook will make its users’ location and personal data history available to brands in the US, who can then decide whether to blast local foot traffic with targeted advertising. A brand will be able to tell how many local shoppers had “engaged” (that’s the jargon) with one of its advertisements on Facebook within the past 28 days.

The data will be aggregated and anonymised, unlike the 2002 Dreamworks movie adaption of Philip K Dick’s eponymous short story.

Set in 2054, Tom Cruise is bombarded with personalised advertisements as he walks through a mall. Such a scenario requires technology that hasn’t been perfected yet – but the mechanics are all in place. Where Facebook’s development is significant is in normalising the practice of what individuals would otherwise consider a privacy intrusion: your location and history are constantly being delivered to advertisers.

Users of the DTEK app bundled with BlackBerry Priv’s phone are revealing the extent of Facebook’s background location monitoring. One reviewer was typical, discovering that Facebook had accessed their location 561 times in 60 hours. (The same app revealed that Facebook’s WhatsApp app had raided the contacts book almost 30,000 times. Last year we argued that Facebook had purchased WhatsApp largely for its users address books: paying around $45 per address book, or $18bn.)

It isn’t known whether the service to advertisers will launch in Europe Facebook has been wary of replicating privacy-compromising offering such as the bulk face-scanning photo app Moments in Europe. ®

Class action seeks a Zuck-ton of money for privacy invasion