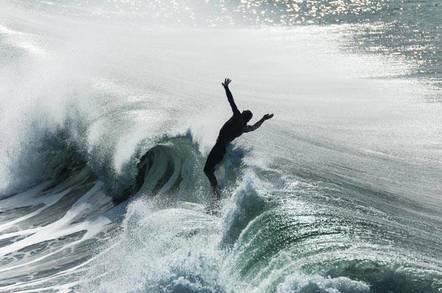 Encrypted email provider ProtonMail is still being hit by a DDoS attack from what appears to be a nation state, as well as a secondary and separate lower-level assault from an identified assailant. However, the service is now operating normally, it seems.

Switzerland-based ProtonMail offers an encrypted webmail system able to withstand intelligence agency-level surveillance. However, since last Tuesday the company has continued to be hit by DDoS attacks from two attackers.

Talking to The Register, ProtonMail CEO Andy Yen explained: "We have been attacked every day since 3 November, so we're now entering the sixth day of attacks."

"There are two attackers," said Yen. "Since 4 November, we have been mostly battling the second attacker. They are highly sophisticated and have a lot of resources. The first group that attacked us, the Armada Collective, is largely irrelevant compared with the power of the second attacker."

ProtonMail has stated that the second-attacker's malicious efforts had all the hallmarks of a state-sponsored attack, both in its complexity and in its willingness to cause large-scale damage to achieve its aims.

The CEO added that the "attack volume is high, but especially the mix of attacks being used, and the highly coordinated fashion in which they are employed point to an extremely sophisticated attacker".

However, as of the time of publication ProtonMail has provided no concrete proof of a nation going after its servers, which it is still working to protect.

Yen told The Register that "many of the world's largest tech companies have offered to assist in analysing and tracking the attack".

We hoped that by paying, we could spare the other companies impacted by the attack against us, but the attacks continued nevertheless. This was clearly a wrong decision so let us be clear to all future attackers – ProtonMail will NEVER pay another ransom.

Again, explaining the situation to The Register, Yen said that "the second attackers impacted many other companies who lost access to mission critical infrastructure. From the start, ProtonMail has always been opposed to paying, but after discussions with other impacted companies, and considering the sheer amount of collateral damage, we respected the group decision to pay."

The transfer had to come from our Bitcoin account as we were the ones that received the extortion email.

The people attacking us now are not the ones the ransom was paid to, but at the onset, it was not clear there were two attackers involved.

A donation campaign was established for ProtonMail with a goal of raising $100,000, although this was later reduced to $50,000, which has almost been reached as of the time of writing.

Yen explained that "the goal was reduced because once the magnitude of the attack became realised, and it became apparent who the target was, one of the world's top DDoS protection companies offered to step in at significantly reduced prices in order to support our mission. They understand that ProtonMail being down means large numbers of activists, dissidents, journalists, and regular users will have lost the ability to communicate".

We have launched a donation campaign to protect ProtonMail against future attacks. https://t.co/RnC8L99U0U pic.twitter.com/Z2BeCIbQBT

"In addition," said Yen, "some of the world's top networking experts volunteered their time to help us recover. Together with our team, they accomplished the impossible and brought us back online in three days with the capability to withstand the largest cyber attack which has ever hit Switzerland. The support from our users has also been amazing, they donated nearly $50,000 in just two days."

ProtonMail, which published a transparency report, refers all foreign requests for information to the Swiss federal police, according to Yen.

"At that point, an inquiry may be opened and passed to the Swiss court system. It is only after receiving a valid Swiss court order that we are permitted to share any user information. Due to the end-to-end encryption that we employ, we can only hand over encrypted copies of user messages," he added. ®