Amazon's chomping at the Brits: UK to get AWS data center region 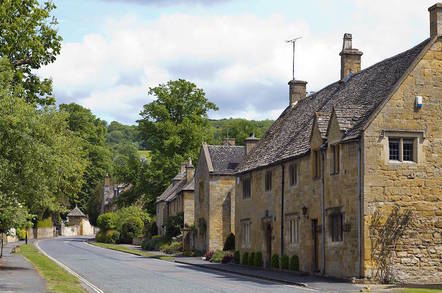 Amazon Web Services (AWS) is to build a UK region, alongside existing regions in Dublin and Frankfurt.

A region is a high-level concept which is formed from multiple "availability zones," requiring several physical data centers. This represents a substantial commitment from Amazon.

Amazon CTO Werner Vogels announced the new region under the title "London Calling," though he does not specify where the data centers will be located.

At its re:Invent conference in Las Vegas last month, Amazon touted its cloud growth, including a 95 per cent year-on-year increase in virtual machine (EC2) instances and 120 per cent growth in data transfers from its storage service (S3). All that cloud activity has to be hosted somewhere, and it seems that building a new region in the UK is more strategic than simply expanding Dublin and Frankfurt.

A UK data center will play nicely when AWS is pitching its services to UK customers, since they now have an option to keep data within the country, as well as getting the lowest possible latency.

However, the fact that data resides in the UK may be false reassurance from a data protection perspective, since the US government argues that if it is in data centers belonging to US corporations, it still has right of access to that data. A long-running court battle over this issue is still under way.

AWS has also recently announced plans to open regions in South Korea, India, a second region in China, and a fourth US region, in Ohio.