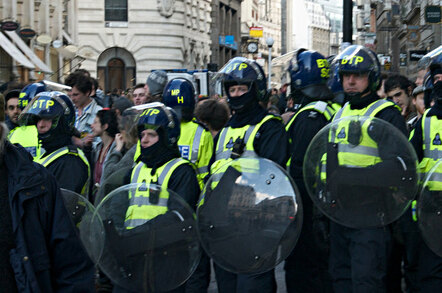 The Metropolitan Police has signed up Atos as its service integration manager to oversee an overhaul of the force's creaking ICT infrastructure.

The deal is part of the Met's Total Technology Programme, to sign up multi-suppliers to provide infrastructure services.

Under the contract – the value of which was not disclosed – Atos will manage the 24/7 service desk, part of its plan to encourage a shift to self-service.

The force is tasked with slashing £800m from its annual budget of £3.2bn by 2020. As such, it will also cut hundreds of back office IT jobs in a separate £216m outsourcing deal with Sopra Steria.

The contract was approved in the summer by the Mayor’s Office for Policing and Crime, with the force estimating savings of £100m over the next decade.

Last year the Metropolitan Police splashed £302m on IT, down from £312m the previous year. The force currently employs 672 full-time tech staff and contractors. According to responses to our FOI request, the yearly wage bill on IT staff comes in at £40.1m.

Chris Naylor, director of digital policing at MPS said the model of Atos integrating the separate "towers" of IT would result in the best capabilities "from our technology partners."

He said: "We have a joint commitment to continuous improvement, delivering vital savings for the MPS over time and bringing innovation to the way the MPS delivers and supports technology for colleagues.”

As the system integrator, Atos will work with the force's other supplier on areas such as mobile working, hardware procurement data centre suppliers, hosting, end user, network and application management services as those contracts are awarded. ®