Is the world ready for a bare-metal OS/2 rebirth? 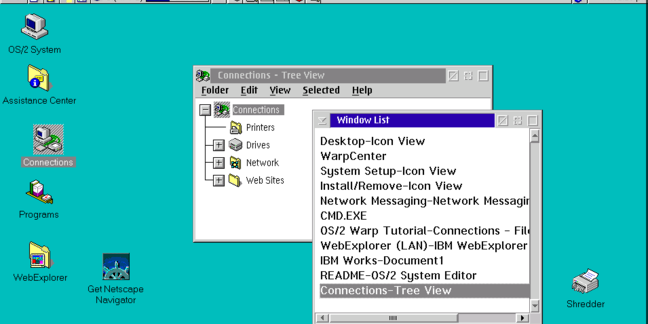 A US software company has signed on with IBM to release a new native build of Big Blue's OS/2.

Arca Noae said its "Blue Lion" build of OS/2 will run on the bare metal of PCs without the need for an emulator or hypervisor.

Those still using the 28-year-old operating system and its applications typically run the stack in a virtualized environment on modern reliable hardware. The bare-metal OS will be freed from its virtual prison, and released to the world, in the third quarter of next year, we're told.

"The focus will be on running a full OS/2 implementation on bare metal, not just in virtual machines," Arca Noae said, "and toward that goal we plan to do a considerable amount of testing on popular, industry-standard hardware."

Arca Noae offers software and services for virtualized instances of OS/2 and various derivatives of the operating system built by third parties. The company said it has signed on with IBM as a business partner.

Designed by IBM and Microsoft as a successor to Windows on IBM PCs, OS/2 failed to gain a major foothold in the computer market, but nonetheless continued development throughout the 1990s. The last build from IBM was released in 2001 and official support ended in 2006. You can read our insider's tale of OS/2 here and here.

Despite IBM's defeat, OS/2 lingered on in various specialist applications as well as embedded systems, such as bank ATMs and ticket kiosks. It has since maintained a niche following, and is still supported by third parties.

Arca Noae hopes its new version of OS/2 will help to expand that audience and end the reliance on virtualization software.

"This will be an independent, full OS/2 implementation for the modern environment, with updated drivers and other software, and all the software that you can run on OS/2 and eComStation will also run on Blue Lion," the company said.

Arca Noae did not give any word on pricing. Pre-orders will not be offered until the software is ready for release. ®