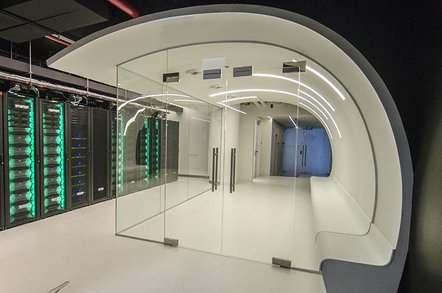 Infinidat crowed about its:

The company's sales are growing while EMC and IBM experience declining high-end array sales. HDS has experienced y-o-y revenue growth this quarter as Stifel MD Aaron Rakers notes: "Hitachi's storage revenue totaled ~$1.1 billion in C3Q15, up 3 per cent y/y, which compares to -3 per cent, -3 per cent, and -6 per cent y/y in C4Q14, C1Q15, and C2Q15, respectively." One swallow may not make a summer.

We noticed Infinidat has sold an array to BGI, the Beijing Genomics Institute, headquartered in Shenzhen. BGI is using it to store the potentially millions of human DNA profiles it is accumulating in a huge database.

BGI and Huawei, which has its own scale-out storage systems, have signed a joint development agreement on Big Data storage systems for genetic research. Completing a circle, we note Huawei is head-quartered in Shenzhen. It is holding a storage summit on November 3 and 4, and, wait for it, Infinidat CTO Brian Carmody is speaking at that event.

Moshe sold previous creation XIV to IBM. What exactly is the relationship between Infinidat and Huawei? Is a black swan event possible, a reseller deal or even, whisper it, an acquisition? ®