Halo 5: Overhyped, but still way above your average shooter

Caught between a Locke and Master Chief 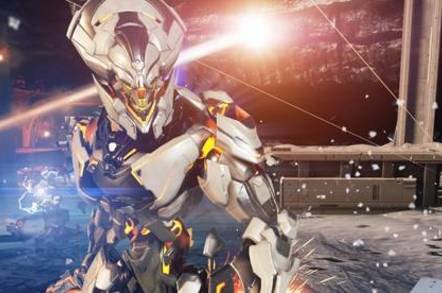 Game Theory Halo 5: Guardians marks a bucking of trend that would have you believe that a fantastic multiplayer experience in a FPS must come at the expense of the single player campaign.

In many ways it’s testament to 343 Industries that the studio has kept to its guns and once again delivered an engaging campaign and deep online multiplayer level ... though that’s not to say the game is perfect.

Fans of the Master Chief might not be thrilled to hear that everybody’s favourite giant green tin man is not the lead of this latest Halo adventure. Instead, that duty falls to Spartan Locke, a new generation of Spartan warrior, who’s faster, stronger, more agile and sporting an even glossier paint job.

Alas for Locke his charisma hasn't been given a similar boost, leaving him somewhat lacking as a lead. He's a determined solider, always looking out for the other three members of Fireteam Osiris, certainly. But ultimately he's a man on someone else's mission and that just simply isn't very interesting.

Master Chief on the other hand is very much dancing to his own tune, the details of which we won't spoil here. But the result is that the third of the game – where you play as the Chief – is more engaging, despite him being his usual, humourless self. 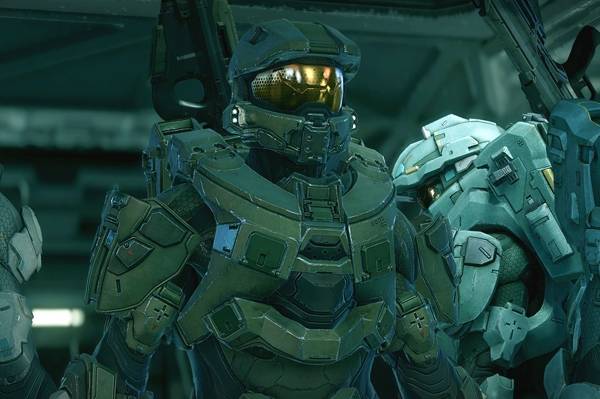 The Chief also now commands his own posse of Spartans – Team Blue – to rival Locke's. In an strange move, however, their introduction is bizarrely left to promotional content that you'll only see if you splashed out on the Collector's Edition, making them devoid of personality too.

These squads comes into their own in a healing capacity – they'll revive you if you're wounded in action – or simply as a distraction should you need to circle around a particularly tough foe. You can also hit down on the D-pad to assign them a target or command them to take a vehicle; all of which is handled well by the AI.

Choose to play the campaign online and suddenly the members of Team Blue and Osiris get replaced by human players to great effect.

Much has been made of the absence of local co-op play – a long-standing part of the Halo experience – but at least the game's multiplayer code is solid. And, so far, any players I've teamed up with have been a help rather than a hindrance, injecting the solo campaign with a new layer of intricacy.

However, whether you play solo or online, there is no escaping the elephant in the room; the game's paper-thin plot. Perhaps a combination of marketing and the excellent 'Hunt the truth' podcast raised my expectations too high, but I was expecting intrigue and storytelling. Instead what’s delivered is cliché-heavy, sci-fi by numbers. 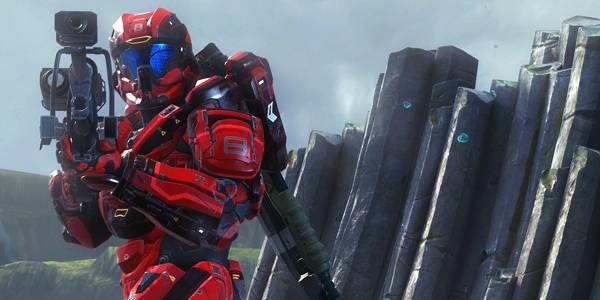 Much of the weaponry has been given a face lift

Thankfully, Halo 5 has a few tricks up its sleeve to soften the blow. The beautiful, alien locations are littered with areas where epic set pieces naturally unfold. While the returning Prometheans and Covenant prove once more to be intelligent foes.

The weaponry impresses too, with classic staples, like the pistol and battle rifle benefitting from face lifts, and Promethean weaponry getting a complete overhaul.

Locke and Master Chief have also been fitted with thrusters that let them quickly strafe out of harms way, or else launch themselves into power-assisted shoulder charges and ground pounds. During the campaign the additional speed in movement adds a new level of tactics, but it’s online where the extra boost shines.

On the disappointing side, though, there’s little to separate the experience of playing as Locke or the Chief with both being near identical. You can also forget about deploying any of the gymnastic moves teased during the introduction (that same widely advertised sequence that shows Osiris free-running down a hillside).

So, with the campaign delivering action but little depth, what of the multiplayer? It’s yours for the taking once an initial 9GB patch has installed and is blessedly free (so far) of the connection problems that blighted the Halo Collection.

Next page: Online is where it's at
Page:
Tips and corrections
35 Comments

Doom at 25: The FPS that wowed players, gummed up servers, and enraged admins

Who cares? Let's whip out the BFG and blow up the boss