US$5.9bn to meld mobile fruity Facebook fun into the World of Warcraft 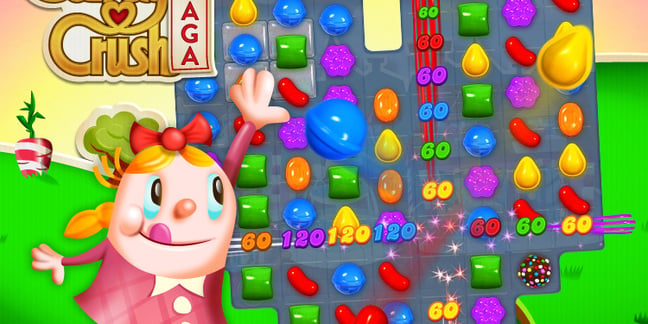 Games-maker Activision Blizzard has announced it will spend US$5.9 billion to acquire King Digital Entertainment, the evil genii behind Candy Crush.

Moving into mobile is the reason for the deal: Actvision CEO Bobby Kotick says, in his canned statement, that “Mobile gaming is the largest and fastest-growing opportunity for interactive entertainment and we will have one of the world's most successful mobile game companies and its talented teams providing great content to new customers, in new geographies throughout the world.”

We make our games available for free, while players can purchase virtual items priced relative to the entertainment value they provide. We embed social features in our games that enhance the player experience. We also build on a unique and passionate company culture predicated on collaboration, humility and respect. We believe all of these elements in combination have made our games a great part of our players’ daily entertainment.

Such a great part that the listed company's shareholders are going to receive $18 a share, a 20 per cent premium on King's share price at the time the deal was announced. That premium will not satisfy all King's shareholders, as the company's 2014 IPO didn't go well. Its opening price of US$22.50 was more-or-less rejected and the stock settled at $19 on opening day. It's seldom reached that level since, making $18 a decent exit for plenty if investors. ®