Hello, Bonnie. We've been expecting you 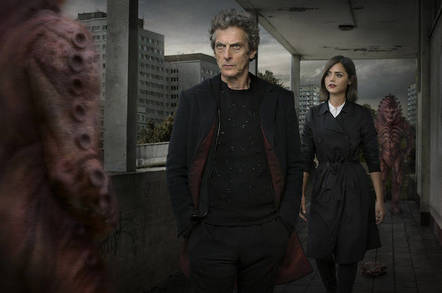 Time – once again – to sound the hybrid klaxon. Of course, Osgood is a hybrid: the whole thing is slowly falling into place.

Can we finally see a relevance in that name now that we have an evil and way more entertaining (the baddies nearly always get the best gigs) Clara, in the form of bad ass Bonnie?

Osgood and Oswald are names that have made Whovians try to connect the dots in the past. "Wald", incidentally, is the German word for "wood" or "forest". And, well, we all know what "good" means, don't we, kids?

It's been inferred that Osgood is the daughter of UNIT soldier Tom Osgood.

Does this – plus the fact that she's also a Whovian (I badly want that question mark shirt) – make her the perfect companion to the Doctor, if Clara is finally toast?

But wait! We close on The Zygon Invasion with Bonnie fiendishly firing a surface-to-air missile at the President of the World Doctor's plane.

'Excuse me, I'm going to need my inhaler.'

How the hell is he going to get out of this fix? And anyway, with Osgood as a hybrid, perhaps her companion credentials are cancelled out.

It's a terrific episode: creepy, suspenseful, stuffed full of action and The Zygon Invasion even made not-jumpy-at-all-me jump.

We learn early on from the twin Osgoods that they are key to "Operation Double – The Zygon Peace Treaty". And, brilliantly, they are in possession of a mysterious box gifted to them by the Doctor.

It can only be opened as a last resort if the peace pact with the 20 million shape-shifting aliens fails. And it does go spectacularly titsup courtesy of a fanatic faction of Zygons, unhappy with what's become of their race. The ceasefire collapses and they "normalise" across the globe, prompting the Doctor to pose the question: "Panic, paranoia. What would happen if they know who we are?"

There's a little bit of room for the Doctor to come over all Jeremy Corbyn, too. "You start bombing them and you'll radicalise the lot." 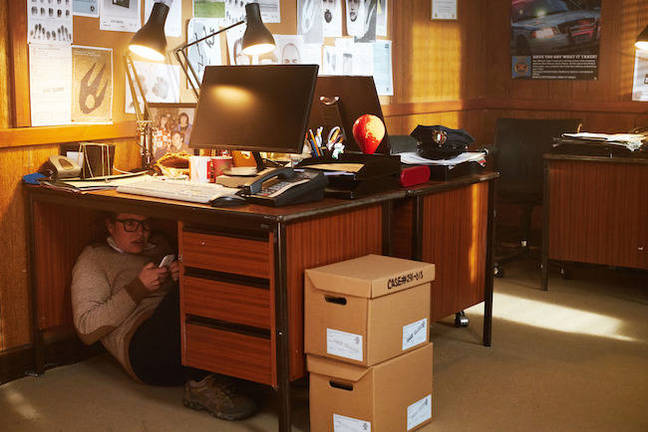 And then we have the smokescreen as Bonnie, disguised as Clara, says that "Truth & Consequences" is in New Mexico (pro-tip: always read the Ts&Cs). UNIT's Kate Stewart is "neutralised" and it turns out that good ol' Blighty has been invaded bit-by-bit by the Zygons over the course of a year.

Hang on, though, what's in that box? Two thoughts: does it contain the "267" nerve gas that unravels a Zygon's DNA? And could the box offer up some form of time travel that might allow Osgood and the Doctor to dodge that missile just in the, er, nick of time?

I cannot wait for the next episode to find out.