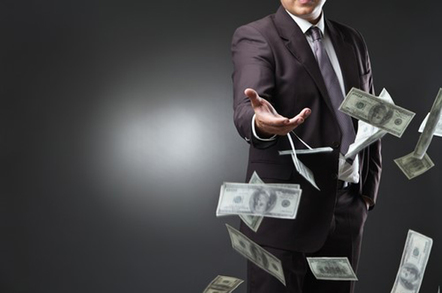 Storage company Quantum has confirmed its early October revenue warning, with second fiscal 2016 quarter revenues of $117m, and not the hoped-for $125m.

It attributed a large $7.8m backlog at the end of the quarter to "an unusually high number of customers placing orders on the last day of the quarter, the magnitude of many of the orders, and a shortage of parts available from Quantum's disk suppliers".

President and CEO Jon Gacek played the “many others are affected” card, arguing that “as other companies have reported, the overall market environment in the quarter was challenging, which was most apparent in the data protection line of our business".

"However, our data protection revenue increased sequentially, with higher sales of both disk and tape products," he added.

The one big bright spot was scale-out storage; the StorNext product suite, with $29.9m in product and related service revenue. This was a 17 per cent increase over the year-ago quarter 2015, and the 17th consecutive quarter of year-over-year growth.

However, tape is still the bulk (albeit diminishing) of the business:

StorNext has eclipsed DXi deduplicating backup revenues but still has a way to go to surpass tape revenues.

“In the second half of the year, we are focused on further growing scale-out run-rate revenue and closing an increasing rate of large deals to achieve our overall scale-out storage growth target of 50 per cent for the full year," said Gacek.

We’re told “Quantum continued to gain traction in scale-out storage markets and use cases beyond media and entertainment. In video surveillance, sales grew more than 200 per cent year-over-year.”

All this looks promising and Quantum expects to see $130-$140m revenue next quarter, a big step up sequentially but still declining on the annual compare. At the $135m mid-point it represents a gentle five per cent fall.

What Quantum has exhibited over the past few years is well-managed tape-revenue decline. DXi and StorNext represent its hopes for growth outside the steadily tightening tape straightjacket.

These tape revenues also provide a cushion to support its growth product strategies and that diminishing cushion should continue into fiscal 2017 and 2018, enabling it to carry on growing StorNext, which could cross over the tape revenue number in fiscal 2017, judging by current trends. The latest Xcellis hardware release for StorNext buttresses this thought.

Hopefully, Quantum will make a profit next quarter and escape the back-end loading that has bedevilled this quarter. If it can then generate a $150m fourth quarter that will provide a great end to a tough year. ®