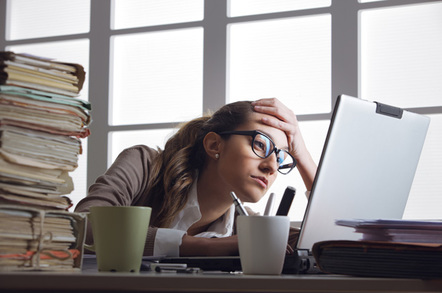 Dot Gay LLC has once again appealed the decision that it does not represent the gay community in its bid to run the .gay top-level domain.

The company, which has been trying to get hold of the dot-word for nearly four years, appealed a previous decision that its application did not cover a sufficient number of gay people. In doing so, it won a reevaluation.

That reevaluation took a year, but the result was the same: the evaluation team decided the application did not sufficiently cover a community. But this time the reason was the complete opposite – that it was trying to cover too many gay people.

In both cases, the independent evaluators – the Economist Intelligence Unit (EIU) – gave the application just 10 out of a possible 16 points as representing a distinct "community"; 14 points are required to pass.

In its latest appeal [PDF], put through the ICANN board's "Reconsideration Committee," Dot Gay claims that the EIU has made a series of errors in its evaluation.

The EIU has "interpreted criteria and implemented evaluation processes contrary to ICANN policy," the complaint notes in its first of six main points. It also claims the evaluators did not take into account information it has provided, inconsistently applied criteria, and used the same individuals as in the previous evaluation despite ICANN specifically asking it not to.

It claims there is a "clear bias" against the application and that it has been treated "unfairly."

As such, it asks the ICANN board to scrap the second evaluation and hire a completely new evaluation company to look at its application for a third time.

The decision not to grant Dot Gay's application community status not once but twice has repeatedly raised eyebrows in the internet community.

Not only has the company spent years building the explicit support of relevant organizations from across the world, but the same evaluation team decided that applications for .hotel and .radio did in fact represent communities.

The advantage to a "community" designation in the ICANN process is that the application gets priority over any other applicants that also want to run the top-level domain. In the case of .gay, there are another three commercial enterprises with much deeper pockets that have applied to run the .gay TLD. If Dot Gay loses its evaluation, it will have to enter an action process that will almost certainly reach several million dollars.

While there have been challenges to a number of other evaluation teams that ICANN has used during its process, the EIU and its community evaluations have proved the most controversial and every single one of its decisions is currently being challenged.

The community evaluation process has also been singled out both by the internet community and even governments as requiring review and improvement before any more applications for new internet extensions are accepted.

As to whether ICANN's board is likely to approve a third evaluation of the "gay" application, it is hard to tell.

Despite its name, the Reconsideration Committee does not actually reconsider decisions. Instead it looks only at whether the process has been followed – something that has led critics of ICANN's accountability to view the committee as largely pointless.

In an effort to avoid the enormous expense of ICANN's final accountability measure, the Dot Gay reconsideration request has therefore focused on process issues, claiming they have not been followed.

It hopes that a completely new evaluation team will seemingly stop bending the criteria to fit its pre-decided conclusion and realize the rather obvious fact that the application does indeed represent a community. ®