If you've done nothing wrong, you've got nothing to fear. Right? 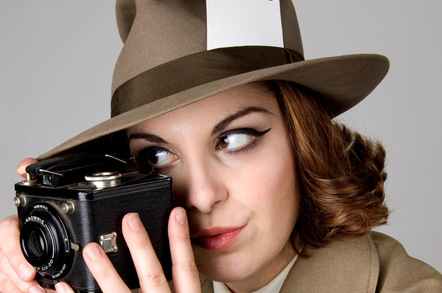 Police have seized the laptop of a BBC journalist who had interviewed men identifying themselves with jihadist organisation Islamic State in order to access these communications.

The laptop of Secunder Kermani was taken by police under powers available through the Terrorism Act 2000, according to the Independent.

The Register understands Kermani has not been detained or questioned.

Kermani, a journalist with BBC's flagship current affairs programme Newsnight, had produced interviews and features on British-born terrorists and others from Western backgrounds sympathetic to jihadist organisation Islamic State.

While the seizure was ostensibly to acquire the journalist's communications with one such source, it is notable because it forced Kermani to hand over his personal property, rather than a standard request to an internet service provider to collect retained communications data.

According to a BBC spokesperson: "Police obtained an order under the Terrorism Act requiring the BBC to hand over communication between a Newsnight journalist and a man in Syria who had publicly identified himself as an IS member. The man had featured in Newsnight reports and was not a confidential source."

While controversy persists regarding police powers under RIPA (Regulation of Investigatory Powers Act) to target the communications of journalists, previous complaints triggered reforms that now require the police to obtain a court-issued warrant before targeting journalists' communications. However, the Interception of Communication Commissioner's Office (IOCCO) reported this year that many police forces were failing to do so.

That Kermani's physical machine was seized by the police suggests that communications between himself and his sources were unavailable to the police through RIPA. Such unavailability has been a gripe of the British government in recent months, with suggestions of banning end-to-end encrypted communications – but not encryption wholesale – left open by Baroness Shields, ironically the minister for internet safety and security, in the coming Investigatory Powers Bill.

Michelle Stanistreet, secretary of the National Union of Journalists, said: "There are serious questions to be answered about why the order obtained by the police warranted the seizing of a journalist's laptop - which may well have contained confidential information on other sources and other stories too. Terrorism laws should not be used as convenient cloaks to sidestep measures that protect press freedom and the ability of journalists to inform the public and to hold power to account."

If Kermani's communications were encrypted on his device, he may now face a compulsory disclosure order under Section 49 of RIPA which would compel him to disclose the cryptographic key protecting his communications or face a maximum of two years in prison.

Ian Katz, editor of Newsnight, said: "While we would not seek to obstruct any police investigation we are concerned that the use of the Terrorism Act to obtain communication between journalists and sources will make it very difficult for reporters to cover this issue of critical public interest." ®

Ofcom would have done this itself but didn't have the power