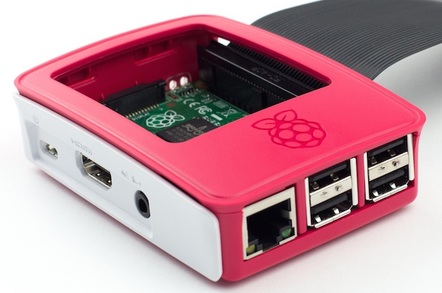 The Raspberry Pi Foundation has decided the time is right to allow custom versions of its creation.

Electronics retail and design outfit Element 14 has scored the gig as the sole, for now, official Pi customisation house.

Under the deal, Element 14 will happily design and build custom Raspberry Pis that change the computer's layout or shape, add or remove connectors, change the type of memory used on the board or add different input/output options such as wireless communications.

The company is pitching the service at outfits who want to build products around the Raspberry Pi and feels that customers will come from the telecommunications, internet of things and consumer electronics industries.

Pi guy Eben Upton told the BBC that the Pi has already found its way into industrial applications and has become the basis of consumer-oriented products offered through crowdfunding platforms. Offering services to customise the Pi so it can do the job more effectively therefore makes sense.

Media playback is one application for which Upton foresees demand for custom Pis, not least because “One or two million of the Raspberry Pis sold are being used as media centres.” Upton also sees the computer having a role in home automation products, as a hub controlling smaller devices.

Upton added that he sees no issue with the Pi becoming an industrial platform, as the Element14 deal should see some coin reach the Pi Foundation's coffers which should in turn help its educational mission.

Element 14 says it thinks orders of 3,000 to 5,000 custom Pis are the sweet spot, and that it has 200 engineers capable of cooking up customs ready and waiting to do their best for your preferrred Pi recipes. ®