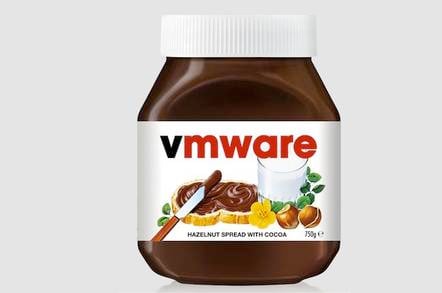 Software Freedom Conservancy has spat out a “high level” update on the GPL enforcement case it is backing against VMware, ahead of an expected first hearing next year.

SFC said that VMware had filed its defence against the suit brought by German kernel developer Christoph Hellwig back in March, which alleges VMware's proprietary ESXi hypervisor products use portions of the code that Hellwig wrote for the Linux kernel, in violation of the terms of version 2 of the GPL.

VMware has asked for the filings to kept under wraps, but according to the SFC, the virtual giant’s defence “questions Christoph's copyright interest in the Linux kernel and his right to bring this action” and “claims vmklinux is an ‘interoperability module’ which communicates through a stable interface called VMK API.” Which is no particular surprise.

Hellwig, meanwhile, has responded with details of “his extensive contributions to the Linux kernel” and disputed “the technical merits of VMWare’s assertions”.

“The response points out that vmklinux is not an interoperability module, but rather an arbitrary separation of the Linux derived module from vmkernel,” SFC said. “Specifically, vmklinux is nonfunctional with any non-ESX OS, and vmklinux is tied intimately to a specific version of ESXi. Vmklinux does not allow reuse of unmodified Linux drivers in binary or source form.”

If the court allows “proprietarization of an arbitrary split portion of GPL'd computer programs” this would throw open the “strong copyleft” terms in the GPL.

The first hearings in the case are set for the first quarter of 2016, leaving plenty of time to peruse the Git repository of VMWare’s public code, which SFC has helpfully opened to help the public come to its own conclusions.

The full update is here. ®