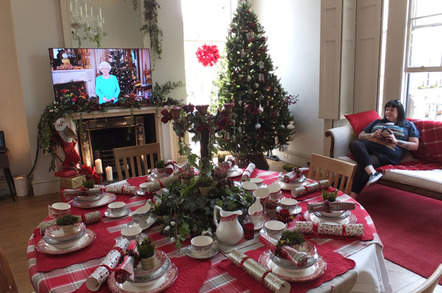 Pumped up by a (claimed) $1bn in profit in 2015, Chinese phone-maker Xiaomi will start selling Linux laptops early next year, according to a report.

DigiTimes suggests that two models will be built by contract manufacturers, Inventec and Compal, and feature 12.5 inch and 13.3 inch displays.

According to the trade paper, Xiaomi has been tapping up Lenovo executives "aggressively" to manage the new laptop venture.

The consumer electronics upstart is best known for selling smartphones at cost, or close to cost price, a strategy that allowed it grab the No.3 spot in vendor market share worldwide.

It's currently slipped to No 5, and Huawei has clawed back top spot in the PRC in the most recent quarter.

Xiaomi already produces a curious mix of white goods, networking kit and consumer electronics, ranging from an air humidifier to routers, TVs, and a fitness band. So why not?

There's no indication that Xiaomi will impact Western buyers, but as we've seen with phones, the volumes generated in the highly competitive Chinese market can have a dramatic impact. ®