Little bang for the Big C? Nitro in the anti-cancer arsenal

James Bond on a lilo couldn’t match this relaxation agent 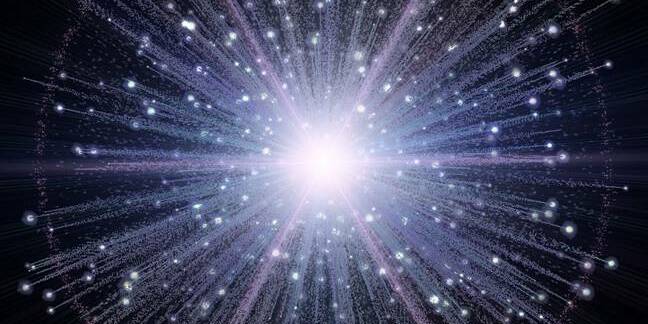 It's often the case that when people talk of wonder drugs in cancer they most often think of the latest exquisitely engineered molecules that closely target very specific biochemical pathways. Think high cost, think high science, and think high hopes.

And yet there's evidence mounting that one of our oldest and most widely used medical treatments is something of a wonder drug too.

Another paper published in the British Journal of Cancer (Aspirin as a neoadjuvant agent during preoperative chemoradiation for rectal cancer) is reporting on a clinical trial that showed that the humble aspirin had a positive effect on overall survival when used during the chemoradiation treatment of rectal cancer patients.

It is one of a number of studies which show that aspirin has positive effects as a cancer treatment, not just as a cancer prevention agent.

All this from a drug that has existed in its modern form for more than 115 years – I’d say that qualifies aspirin as something of a wonder drug.

But while the story of aspirin as an anticancer drug is gaining increasing public attention, less well known is the story of another venerable old drug – glyceryl trinitrate; better known as nitroglycerin.

Like aspirin, this is a drug with a long history – the original report of its medical application dates back to a paper in the Lancet by William Murrell in 1879, so it predates aspirin by about 20 years. A medical application for a compound better known as a potent explosive – most of us know of nitroglycerin as the active ingredient in dynamite – was something of a surprise.

But then there are a lot of surprising things about nitroglycerin, not the least of which is that it might enable us to tackle one of the most difficult problems in cancer: treatment resistance.

It is this possibility that attracted our attention at the Repurposing Drugs in Oncology project and explored in a recent paper (Repurposing Drugs in Oncology (ReDO) – nitroglycerin as an anti-cancer agent). Before looking at what we found we need to back up a little bit and take a look at what nitroglycerin does when it’s not blowing things up, and at what treatment failure means in cancer.

Nitroglycerin is used as a vasodilator – that is, it eases the muscle cells that surround blood vessels so they relax and open up. It’s this property which makes it useful as treatment for hypertension, angina and congestive heart failure. As an aside it’s this property that makes the related drug amyl nitrite (the recreational drug known as poppers) of interest in certain sexual subcultures.

In the case of nitroglycerin it can be used in an acute situation – usually delivered via a sublingual tablet or spray – or as a chronic treatment, where it is delivered via transdermal patches, which are worn during the day. It’s a safe, cheap and well-known drug with decades of use behind it.

You would think, therefore, that we would know all there is to know about how it works its magic. But that’s not case. The actual mechanism by which it works at the molecular level has still not been fully worked out. The question is how do we go from the drug to the action of vasodilation?

The drug was developed at a time when we had very little knowledge of fundamental biochemistry – for a long time drug development was a rather empirical process in comparison with the targeted molecular approach we now use. In fact, even now there are competing theories to explain how it works – but that it works is not in doubt.

What has all this got to do with cancer? Well, potentially rather a lot. Two of the mainstays of cancer treatment are high dose chemotherapy and radiotherapy. Even though the anti-cancer armoury has expanded and continues to expand, most cancer treatments will involve one or both of these.

Both of these treatments work by massively killing tumour cells – and we need to do this quickly before resistance evolves and before we kill the patient. If there’s one thing we know about cytotoxic chemotherapy in particular is that there’s a lot of collateral damage – to cells in the gastrointestinal tract (vomiting), immune system (neutropenia), hair follicles (hair loss) and so on.

Radiotherapy carries its own set of side effects, and there too we have the problem that some tumours can become radio-resistant. The treatment resistance is a major problem – because once the first-line treatments fail the second often fail too.

There are numerous factors involved in these forms of resistance, and some of them are architectural. Tumours need a supply of nutrients, they need oxygen, they need all the support systems that normal tissues need – and they need lots of them.

However, these tumours are very good are kicking off a process called angiogenesis – the sprouting of new blood vessels to keep themselves going.

Angiogenesis is a normal physiological function in wound healing, foetal growth, and general development; but what happens in cancer is that this process is hijacked. The result though is a highly disordered and chaotic vasculature around a tumour, with immature blood vessels, some areas starved of oxygen and nutrients and some areas well-supplied with both.

The problem is we need that blood supply to get the chemo drugs deep inside tumours. And we need oxygen to react with the radiotherapy to cause the cell damage to kill cancer cells. Therefore, if we can tackle this then we can get more bang for our buck – the chemotherapy drugs make it deeper into the tumours, the radiotherapy causes more reactive oxygen to kill resistant cells. And this is where nitroglycerin comes in.

By causing vasodilation, nitroglycerin causes the immature blood vessels to become more leaky – so the chemo drugs which are circulating in the blood seep out more readily into the tumour. While it doesn’t molecularly target cancer cells specifically, it does mean that you get more chemo where you want it and less where you don’t. Nitroglycerin also has the nice property that it increases the oxygenation of tissues which are relatively hypoxic (lacking oxygen).

Hypoxia is a factor in treatment resistance to both chemo and radiotherapy, and it’s also a selective pressure associated with the evolution of more aggressive and metastatic disease. It’s a major target of drug research at the moment, although from the evidence that we’ve uncovered in our paper it looks like nitroglycerin does a good job there too.

The good news is that there is some clinical work already going on to prove that this works in practice. For example, we are supporting a clinical trial in the Netherlands in non-small cell lung cancer in which patients being treated with combined chemo and radiotherapy wear a transdermal nitroglycerin patch.

There are other trials too, including a Phase III trial in prostate cancer in which transdermal nitroglycerin is used as a standalone therapy in men who show biochemical signs of recurrence after treatment.

Our hope is that in the future patients undergoing standard cancer treatments will also be wearing transdermal nitroglycerin patches in those cancers in which we have proved that doing so increases the overall survival. The potential impact might be explosive. ®

If you're looking for a textbook example of an IT hype cycle, let spin be your guide